Theresa May has been accused by the DUP of reneging on her promise to not sign up to a Brexit deal that treated N. Ireland differently to the rest of the UK, warning the PM she couldn’t rely on its support to get the plans agreed.

The Democratic Unionist Party (DUP) have been angered by a letter sent by May, in which she concedes the EU are still arguing for Northern Ireland to remain in the single market and customs union if talks collapse – effectively meaning a border down the Irish sea. 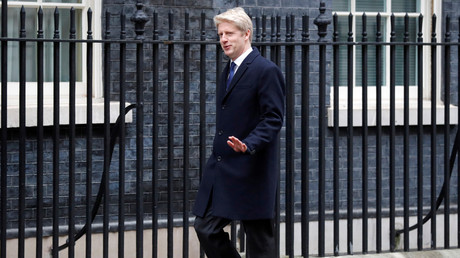 In the letter, seen by The Times, May reportedly says: “I am clear that I could not accept there being any circumstances or conditions in which that ‘backstop to the backstop’, which would break up the UK customs territory, could come in to force.”

The prime minister’s letter has provoked the ire of DUP leader, Arlene Foster, claiming May’s words have set off “alarm bells” for her party on the issues of the customs union and single market.

In a tweet, Foster seized on May’s insistence that she couldn’t accept a deal that could see the break up of the UK customs territory.

Foster said: “The PM’s letter raises alarm bells for those who value the integrity of our precious union & for those who want a proper Brexit for the whole UK. From her letter, it appears the PM is wedded to the idea of a border down the Irish Sea with NI in the EU SM regulatory regime.”

The DUP, who are critical in helping the Tory minority government stay in power see this leaked letter as part of May’s preparatory work, before a likely showdown with the party concerning checks in British ports or factories in Northern Ireland or Britain.

Current EU proposals state that UK officials would be “competent authorities” to carry out checks, but in line with EU rules, something the DUP has declared a red line in any Brexit deal they agree to.

A Downing Street spokesman said the prime minister would not agree to “anything that brings about a hard border on the island of Ireland.”