I once had a girlfriend who thought it was a big waste of time and gas for me and my paisan Sam to drive around Philly eating tomato pies on our way to used record stores where we would waste even more time by buying, selling and trading movies and music. We were only 55 years old at the time. And a vegan Carlino or Corropolese pie has never been a waste of time. But my girlfriend pointed out that everything could be bought online, that things were so advanced that I could watch Lawrence of Arabia on my phone and that there was no need to waste resources by living.

Now I make my home in the capital of time-wasting — Los Angeles. Here, another female friend, Denise the Piece, who plies her trade near the corner of Pico and Robertson, can’t understand why I won’t get Netflix for 10 bucks a month and, instead, pay $12 a pop to go to the real movies. I like the real movies. A mutual female friend of ours also concurs with the Piece about Netflix, saying if I had Netflix and wasn’t wasting so much time in LA traffic I could have more time for other things like exercising and going to the gym. That I could look more like my vegan hero Frank Medrano, instead of my cats, Sabrina and Squirt. 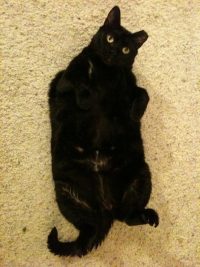 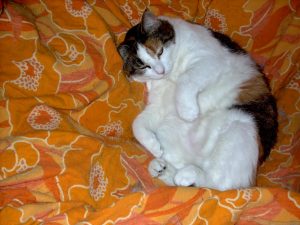 As you can see, there is a theme here: one of the great drawbacks of women is their practicality, their crazed immersion in the “real world.”

So if I had more free time I could go to the gym and get in shape… for what? The only thing left, that any of us need to be…