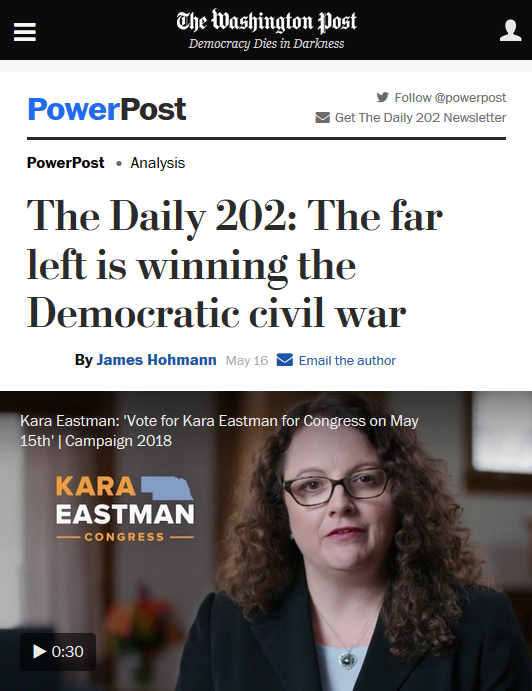 “The Far Left Is Winning the Democratic Civil War” was the headline over a Washington Post report (5/16/18) on the results of recent primary elections.

So what counts as “far left” to the Washington Post, the newspaper owned by the world’s richest human?

Here are the positions cited by the Post‘s James Hohmann to characterize the “unelectable activists” who are “thwarting” Democratic hopes to take back the House, or are otherwise part of a “leftward lurch”:

There were a couple of other candidates who were categorized as “far left” by affiliation. In the Pittsburgh area, Summer Lee and an unnamed Sara Innamorato were described as “card-carrying members of the Democratic Socialists of America”—using a phrase popularized by Sen. Joe McCarthy’s claim that he had the names of “57 card-carrying members of the Communist Party.”

Scott Wallace in Pennsylvania was described as “the grandson of Henry Wallace, who was Franklin Roosevelt’s vice president for a term, and then ran against Harry Truman, who FDR dumped him for, from the far left in 1948.” Aside from Scott Wallace’s self-description as a “proud progressive” and his promise to “make America sane again,” genealogy was all the Post presented to tie him to the “far left.”

There were also some candidates who were implicitly placed in the “far left” by the fact that they successfully challenged “Democratic moderates,” thus “causing a new bout of heartburn among party strategists.” For example, Pennsylvania congressional candidate Susan Wild was worrisome because she defeated John Morganelli who “opposes abortion rights and ‘sanctuary cities,’” and whom she criticized for “for speaking positively about Trump and tweeting that he was open to taking a job in the administration during the transition.” You know, like “moderates” do. 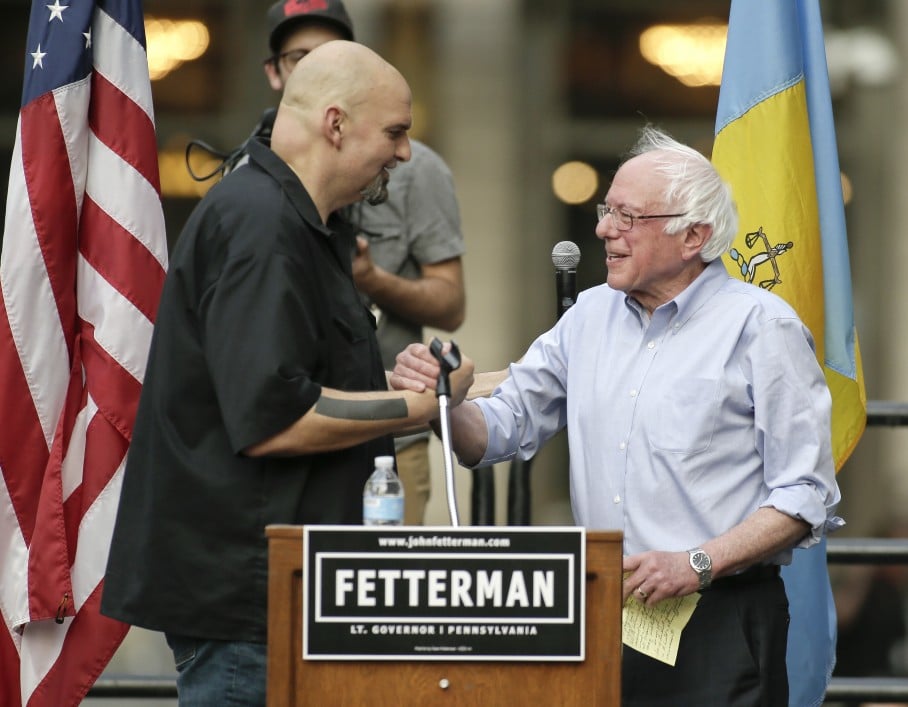 But what about those “far left” issues? Well, raising taxes on corporations and the wealthy—which is, of course, what Kara Eastman proposed—is a quite popular position. The latest polling on this was a CBS News poll from last year (10/27–30/17) which found 56 percent in favor of raising taxes on large corporations, and 58 percent wanting higher taxes for “wealthy Americans.” This was, of course, before the massive tax breaks given to corporations and the wealthy by the Republican Congress.

Universal healthcare is not quite as popular as pot, but it’s also pretty popular. When Gallup (11/2–8/17) asked, “Do you think it is the responsibility of the federal government to make sure all Americans have health care coverage,” 56 percent said yes. Kaiser (10/5–10/17) found 53 percent in favor of “having a national health plan in which all Americans would get their insurance from a single government plan.”

With universal background checks, we actually have polling on the impact that position would have on people’s likelihood to vote for a congressional candidate. “Would you definitely vote for or definitely vote against a candidate for Congress who wants to require background checks for gun purchases at gun shows or other private sales?” the Marist poll (4/10–13/18) asked. Eighty-six percent said they would vote “definitely for” a candidate who took that “far left” position.

One starts to get the suspicion that these candidates are not really “far left” at all, and Jeff Bezos’ Post is just telling you that they are in order to scare you away from voting for them.