Janine Jackson interviewed Mary Bottari on Silencing Unions for the March 2, 2018 episode of CounterSpin. This is a lightly edited transcript. 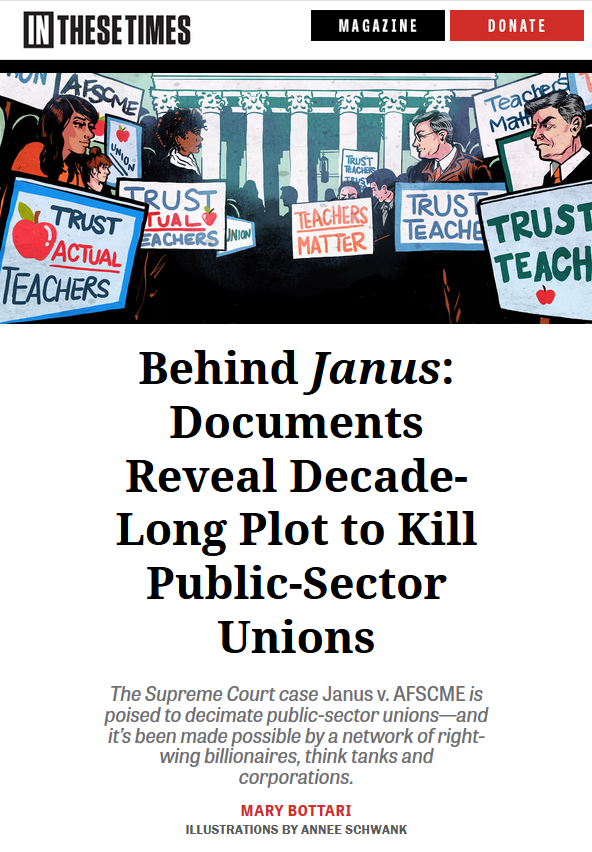 Janine Jackson: When you hear the name of a court case—Smith v. Jones—there’s a tendency to look for a story, a particular story, about Smith, and Jones, and which of them—given the details—seems most justified.

Of course, there are ultimately individuals behind a case like Janus v. AFSCME, now before the Supreme Court. But to make sense of the case, you have to pull back and see the bigger story. In this case, that’s one of a network of corporate and conservative organizations with a thought-out plan to redraw the country’s legal/political landscape more to their liking, including draining unions of their remaining power and influence.

Helping workers and advocates to have at least awareness on our side is Mary Bottari. She’s deputy director of the Center for Media and Democracy, part of their critical ALEC Exposed investigation. Her report “Behind Janus”  appears in the March issue of In These Times.  She joins us now by phone. Welcome back to CounterSpin, Mary Bottari.

Mary Bottari: Thanks for having me.

JJ:  Well, we won’t stop at the particulars, but let’s start there. Janus v. AFSCME Council 31—that’s the American Federation of State, County and Municipal Employees, the biggest public service employees union—Janus is about whom, and what is at issue?

MB: If you read the mainstream media, you’ll get a whole bunch of detail about a child support worker named Mark Janus and his lonely battle against his union. And they’ll also spend a whole lot of time explaining agency fees, and “fair share” fees, and how it all works when a person who’s represented by a union, but doesn’t want to be a member of the union, is required to pay a small portion of the fees that compensate the union for representing him.

OK, so now we’ve got the legalities out of the way.

But what the real story is, and what we’re trying to explain in the In These Times article, aren’t the details of Mark Janus’s case, but a deep-pocketed, many-year, if not many-decade, fight by very wealthy individuals, corporations and foundations to dismantle unions in America. I mean, Mark Janus never had an original action; this lawsuit didn’t seem to be his idea. He was put up to this by a large group of institutions and individuals, who have been working quietly behind the scenes for years to dismantle unions.

JJ: I want to draw you out. It’s a network of advocacy and funding groups, who are not just kind of ad hoc, coming together around this issue and then around that issue, where they find their interests are aligned. It’s a pre-existing group with an agenda. 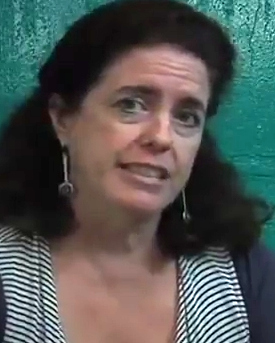 MB: It’s a pre-existing structure. And most people are aware that there’s this group called the American Legislative Exchange Council, and it brings right-wing politicians and lobbyists together behind closed doors to develop, for instance, union-busting bills, to develop bills that privatize schools, and those kinds of things.

But that group has a sister group called the State Policy Network, and that’s a group of 66 think tanks in the states, and they work very closely with ALEC on this sort of union-busting agenda. And so in red states, ALEC has worked hard to introduce bills to bust unions (like the “right to work” bills), and in blue states, the SPN groups have worked very hard to bring lawsuits to bust unions. And one of those lawsuits is now going up to the US Supreme Court—and that’s the Janus case.

And what we did in our investigation is we portrayed the “two faces of Janus.” So here’s the one face of Janus, that’s in mainstream media, this nice child support worker, who’s a Boy Scout and blah blah blah. But really, this case has very little to do with this person or his particulars. It has to do with this long history and this deep-moneyed assault.

We did an analysis of all the groups. There’s lots and lots of amici briefs coming in on the side of this guy, Mark Janus, arguing why this is the right thing to do, because workers like Mark Janus are having their free speech rights taken away, and he deserves workplace freedom, and all these kinds of things.

Well, 13 of the 19 briefs came in from current or former members of State Policy Network. Seventeen of the 19 were filed by groups that had received funding from the Bradley Foundation or Donors Capital and Donors Trust. Seventeen of the 19, and one of the missing ones is a sort of subsidiary of one of the other groups. Do you know what I mean? So this is a very coordinated assault.

And we looked at who funds all those groups. It’s the Bradley Foundation, and it’s Donors Capital and Donors Trust, tied to the Koch brothers. So this agenda, it seems broad—there are many briefs from across the country—but in reality, it’s a narrow group of people with a very determined agenda.

JJ: What keeps us from seeing that, and being able to trace their operations in that way, has to do with the feints that get thrown up, throughout the media in particular. And the language, you know? You’ve found—and it’s in this In These Times report—that the State Policy Network, in particular, they have rules about how they will talk, and the point is to sound as though you are not anti-union. Our other guest on the show was saying, the fact that people want to co-opt the language around “Medicare for All” shows that the idea itself is popular. Which is why it’s then such a betrayal to see that desire turned back on people, or to see people fall for this idea. But these folks have a PR campaign that also is part of having us look away from what they’re really doing. And in some sense, it’s to say they’re doing the exact opposite of what they’re doing.

MB: No, that’s right. So in public, all these groups talk about workers’ rights. But, in reality, these groups have been caught behind closed doors, or in fundraising letters, or in foundation memos, saying something completely different. For instance, the head of the State Policy Network, Tracie Sharp, sent out a fundraising letter in 2016, asking her donors to strike “a major blow to the left’s ability to control government.” And she says, “I’m writing to you today to share with you our bold plans to permanently break the power of unions this year.”

I mean, that’s a very different language than, “Oh, we love Mark Janus and his free speech rights struggles,” right? She’s making it crystal clear that this entire agenda is about depriving the Democratic Party from access to millions of dollars.

JJ: And also, as you cite Theda Skocpol, making there be really no big power that can stand toe-to-toe with big business and with wealthy donors. You know, the power of unions, just on the political playing field, such as it is — to gut that, as well, has a specific meaning.

One of the things that you note also is that gutting these public sector unions, part of that playbook includes pretending that it’s about saving money, saying that we’re broke, and that’s where the money has to come from—and that turns out to be BS. 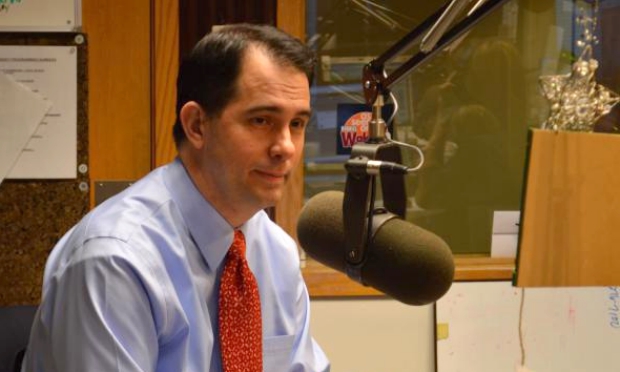 MB: Right. So folks will remember that Scott Walker attacked unions in the states. And he said, “There’s nothing I can do; I have to get rid of collective bargaining, because we just can’t afford it anymore.” But later, when he was testifying before Congress, he admitted that that wasn’t the real reason, that it wasn’t just because the state had taken a dip in its coffers.

Similarly, this case actually originated with Bruce Rauner, the Republican governor of Illinois. And he is a multi-millionaire, if not billionaire, venture capitalist. And he decided to order the state, by executive order, to stop withholding fair-share fees. And it was an assault on unions that was similar to Walker’s, and he similarly said, “We have to do it because we’re broke, because of the budget.” And in truth, he was caught at the Hoover Institute in California, in front of a more friendly audience, admitting it had nothing to do with the budget.

This is a coordinated plan, this Rauner assault: He was told he didn’t have standing. Groups came in with other workers (who were state workers, so that they’d have standing). Mark Janus was one of those workers. In a way, Mark Janus took over the suit from Rauner, and now all the media’s forgotten that it started with Rauner.

So this is a very deliberative, two-pronged attack on unions. One through governors, and state houses in red states; and the other through blue state litigation.

JJ: It seems important to note also that, when I think of public sector unions, we know that anything affecting them has an inordinate impact on people of color and on women, who have traditionally found opportunity through government jobs and public sector jobs.

MB: That is a very, very important point. Unions, and public sector unions, have been essential to shared prosperity. They’ve been essential to the upward mobility ladder, for women, for African-Americans, and for other minority groups, just essential. And so what’s going to happen if Janus rules against public sector unions? If those jobs—that have been so important for shared prosperity—are going to get worse and weakened, and public sector services themselves are going to get worse and weakened?

And so it’s not just about unions, and union leadership, and those kinds of things. It’s about the public sectors in our society, and making good-paying jobs crap jobs. Is that really what we want our teachers’ jobs to be like, terrible jobs without good benefits and good pay? It’s going to be a decision that’s going to impact all of us. 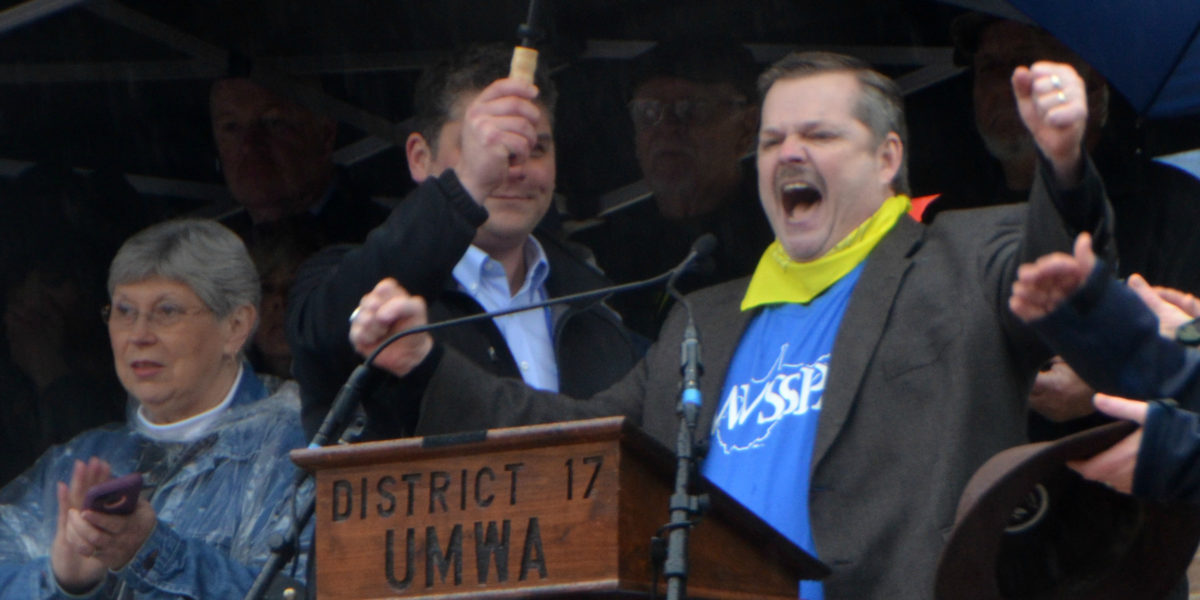 JJ: Finally, some say the teachers strike in West Virginia shows that labor can have power, as long as people will go out, you know? Because many people think that the Supreme Court is going to rule against AFSCME. What next? Where should we be looking?

MB: Some of my brothers and sisters in the labor movement think that that West Virginia situation is exactly the right response. You know, when you have public sector workers who collectively bargain, year after year after year, you have labor peace, and that’s a huge benefit, for especially kids in public education. Well, if they want to give away that huge benefit, then perhaps it’s time for them to remember what it was like back in the days when we had wildcat teacher strikes. So that’s definitely something that unions are taking a look at.

JJ: We’ve been speaking with Mary Bottari, deputy director of the Center for Media and Democracy, online at PRWatch.org. Her report, “Behind Janus: Documents Reveal Decade-Long Plot to Kill Public-Sector Unions” appears in the March issue of In These Times.  Mary Bottari, thank you so much for joining us this week on CounterSpin.

MB: Thank you so much for having me.