Janine Jackson interviewed Evan Greer about the FCC’s net neutrality cyber fraud for the August 24, 2018, episode of CounterSpin. This is a lightly edited transcript. 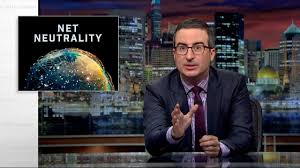 Janine Jackson: In May of 2017, HBO host John Oliver urged viewers, as he had done before, to use the FCC’s public comment period to show their support for the net neutrality rules critical to an open and diverse internet. Listeners know the FCC repealed net neutrality rules over vehement opposition from many corners, but, USA Today reported at the time, not all of the comments Oliver encouraged got through, because the FCC “site was hit with an online attack Sunday,” about the same time Oliver urged viewers to the site. “The FCC’s comment system remained operational,” FCC chief information officer David Bray said, but “attacks tied up the servers and prevented them from responding to people attempting to submit comments.”

Just a few days ago, FCC chair Ajit Pai confirmed to a Senate committee what everyone and their mother suspected, that there was no such cyber attack, and he knew it. But he couldn’t tell Congress or the public the truth–that internal system failures caused the crash–Pai claimed, because he was bound to confidentiality by the agency’s inspector general, who was investigating the supposed attack.

We’re joined, now, to discuss this debacle, and where we’re at in the fight to restore net neutrality, by Evan Greer. She’s deputy director of the group Fight for the Future. She joins us now by phone from Boston. Welcome back to CounterSpin, Evan Greer.

Evan Greer: Hey, thanks for having me back on.

JJ: Let’s go back to last May for a second. I know Fight for the Future and others, including in Congress, smelled a rat on this distributed denial of service, this DDoS claim, that the FCC made, in real time, didn’t you?

EG: Yes, well, so for us the history of this goes back even further. We’re an organization that focuses on mobilizing people to speak out for their internet freedom, and so our website, BattleForTheNet.com, we built for the previous fight around net neutrality, back in 2015, and it helped millions of people submit comments to the FCC and contact their members of Congress. So we’ve seen how rickety the FCC’s public comment system was, since long before this bogus DDoS attack narrative.

And we actually, on the day that this claim was made, we were able to look at the logs, the actual technical figures from our site, that showed us, basically, that the FCC’s claim of a cyber attack was false, because we’ve seen their site go down, whether it’s John Oliver or it’s just a few netgroups sending emails at the same time. So we definitely sounded the alarm right away, and provided those API logs to the FCC. We contacted the press and started countering this narrative immediately, which is what makes Ajit Pai’s claim, that he didn’t know about this until recently, just totally uncredible, like many of his claims.

JJ: Yeah, he’s pretty shameless. And then floating the idea that, well, you know the chief information officer who released these false claims, David Bray, was a Democrat, and so he, Ajit Pai, says he “inherited” a “culture” of dissembling…. The mind boggles at the arguments that they are willing to put forward.

But Pai did not seem to get a tremendous amount of tough questioning from the members of the Senate Oversight Committee on Commerce, Science and Transportation. What did you make of that hearing? Was that a missed opportunity?

EG: I hope that it’s only the beginning of congressional inquiry into this. I mean, the reality is that Ajit Pai is the chairman of the FCC. He’s in charge. He’s responsible for what happens there. He’s responsible for the actions of his staff, and he, in this case, allowed his public relations staff to spread a narrative that was politically convenient for him, to downplay the very real opposition, coming from across the political spectrum, the millions of people that were contacting the FCC, speaking out against the repeal of net neutrality. He tried to downplay that by claiming, “No, it wasn’t millions of people that crashed our site. It was a DDoS attack.” He allowed that narrative to spread, against all evidence to the contrary, all evidence showing that it was almost definitely a lie, because it helped him. It helped his case.

And so I think what Congress should have been asking, and should continue to attack, is that he claims that he was under this requirement from the office of the inspector general. But the reality is, there never should have had to have been an internal  investigation into this. Any logical person would have known that this claim was false. We provided the FCC with evidence that it was false the day after they claimed that it had happened, and he allowed that narrative to spread.

So the question should really be about that: Why did he allow his staff to continue lying to the public with the narrative that was politically convenient for him, long after he knew that it was false? And I hope that Congress follows up on that point, because that’s really the crux of it here.

And, really, it shouldn’t just be Democrats that are asking about this. Ajit Pai may very well be the Republican Party’s Achilles heel come this election. He could be their biggest liability. They need to start showing some semblance of oversight, and doing their job in overseeing the FCC, with a chairman that has clearly gone rogue on behalf of special interests.

JJ: And he also said that he couldn’t say anything, but he and his other staffers didn’t not say things, you know, as you’re pointing out. They said plenty of things, including in terms of some things I’d like to see journalists pick up on, they had FCC staffers proactively attacking reporters, calling them irresponsible just for reporting that the evidence was missing for this DDoS attack.

EG: That’s absolutely right. They lashed out at Dell Cameron, a reporter from Gizmodo, who’s done tremendous work in uncovering this story, and exposing the fact that…. And, again, putting this back to Republicans in Congress, regardless about how you feel about net neutrality, and the ins and outs of the actual policy we’re talking about here, every member of Congress should be concerned when the chairman of an agency as powerful as the FCC is outright lying to reporters, and to members of Congress themselves. That’s a fundamental issue of democracy, a fundamental issue of oversight, and just government functioning. This should be something that every member of Congress should be weighing in on and asking about. If they’re not, you have to start asking why, and that’s when you have to start following the money back to, again, Comcast, Verizon, AT&T, the giant telecom companies which have been spending hundreds of millions of dollars, on both lobbying and campaign contributions, to get rid of this basic policy that protects free speech on the internet, just so they can make more money.

JJ: And let me ask you, finally, because outside of tech media, the press hasn’t seemed really all that interested in this; the New York Times, as far as I can tell, didn’t really report on Pai’s testimony at all–even though we have, as you’re underscoring, a public agency saying, “Yeah, we lied to the public. We lied to the public about their own ability to make their views known, and not only don’t we see it as a problem, there’s really nothing to stop us from doing it again.”

And yet, to the extent that media are talking about it, it’s about the attack that didn’t happen, and overlooking this pre-existing failure that was keeping the public from being able to speak out on an issue that they care about.

So going forward, I mean, let’s see, we know that Supreme Court nominee Brett Kavanaugh has a bad line on net neutrality. We know that the FCC is facing some lawsuits. What’s the current state of play in the fight, and where should people or could people direct some energy? 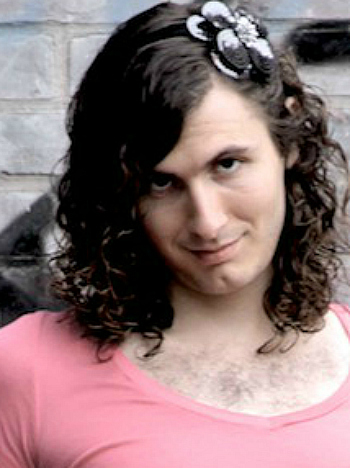 Evan Greer: “In the end, this isn’t up to celebrities or politicians or CEOs of Silicon Valley companies; this is up to all of us.”

EG: The first thing I’ll say here is that all of this conversation about the DDoS attack has been framed in the wake of John Oliver’s segment, and the one thing I want to tell folks is that John Oliver didn’t save net neutrality the first time around. He didn’t save it this time. He helped, and he helped spread the word, but in the end this isn’t up to celebrities or politicians or CEOs of Silicon Valley companies; this is up to all of us. It’s the individual people, speaking out, taking action, meeting with their members of Congress, calling and emailing their legislators, and going out to protests and being on the frontlines, that is leading to a world where we will have net neutrality and a free and open internet in the future.

There’s great legislation moving in California, SB 822, that would restore net neutrality protections in that state, which could then spread to other states on a state-by-state basis.

And then in Congress, there’s the Congressional Review Act resolution, the CRA, which would reverse the FCC’s repeal of net neutrality, essentially send Ajit Pai back to the drawing board. It already passed in the Senate; we now need 215 signatures on a discharge petition in the House of Representatives in order to force a vote on the floor there. We’ve already got more than 170 of those, including just picking up our first Republican signer, Rep. Mike Coffman in Colorado. That’s a very real strategy to get these net neutrality protections that we desperately need back in place this year, and would be one of the few public interest victories that we could claim under the current administration.

So there’s lots of ways to get involved here, and it’s not a moment to sit back and hope that a comedian or a big tech company is going to swoop in and save us. This is very much up to us. There’s a lot of activities and ways to get involved with organizations like mine, like Fight for the Future, organizations like Demand Progress, that are out there fighting on this, and it’s really the moment to not take our eye off the ball. The ISPs are hoping that we’re going to get tired, that we’re going to give up, that we’re going to become apathetic and just accept that net neutrality is gone, and I can tell them that we at Fight for the Future are not going to allow that to happen, but we need everyone listening to get involved as well.

JJ: We’ve been speaking with Evan Greer; she’s deputy director at the group Fight for the Future. They’re online at FightForTheFuture.org. Evan Greer, thank you so much for joining us this week on CounterSpin.

EG: Thanks for all you do.