The Great Heresies, by Hilaire Belloc

No one can deny that the evils provoking reform in the Church were deep-rooted and widespread.  They threatened the very life of Christendom itself.

In this post I will examine Belloc’s treatment of the Reformation.  As has been the case for all of my posts on this general topic, I will not examine or discuss the theological issues (beyond the historical impacts).  In this post, I will not even examine the impacts on the culture and tradition.

Instead, I will examine the story itself, the history of the Reformation as seen by Belloc.  Through this history, one might find a window to our own times – a window, perhaps, to the roots of every reform movement that has the potential to evolve into one that is revolutionary.

Now, both Catholics and Protestants today tend to commit a capital historical error.  They tend to regard Catholicism on the one side, Protestantism on the other, as two mainly opposed religions and moral systems, producing, from the very origins of the movement, opposed and even sharply contrasted moral characters in their individual members. (Emphasis in original.)

This was not how the primary actors thought of themselves at the time.  To summarize: Belloc offers that from 1517 until about 1600, the movement known as the “Reformation” was seen as a quarrel within Christendom; a debate that would come to some kind of ultimate decision resulting in general religious peace and unity. 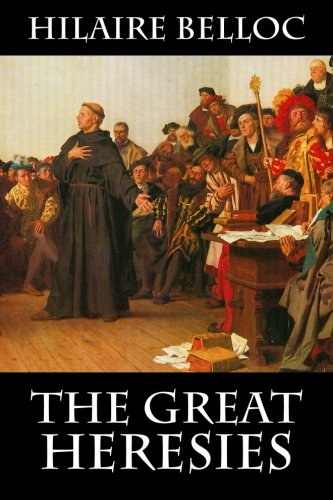 Failing this, and after the Thirty Year’s War and the Eighty Years’ War – wars pitting Catholics against Protestants – the Peace of Westphalia was an attempt to make the best of…