Now for the details:

Researchers at the Medical College of Georgia have discovered a nerve center in a cell layer in the spleen that controls the immune response and therefore inflammation throughout the body.  Given that virtually all chronic age-related disease involves inflammation (called inflammaging), this discovery is of monumental significance and has widespread application for virtually every organ and tissue in the body as the spleen is not only an abdominal organ that is involved in the recycling of old blood cells but is also a key part of the human immune system. 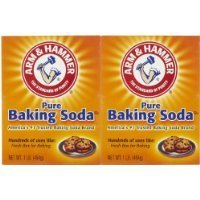 The striking part of this discovery is that autoimmune reactions responsible for chronic inflammation throughout the body were quelled by consumption of two grams (~half a teaspoon) of baking soda in water for two weeks in healthy humans.  Researchers say baking soda (sodium bicarbonate) calms the immune response in the spleen and has a system-wide effect.

An over-active immune response defines autoimmune disorders experienced in physically remote parts of the body including the eyes, kidneys, brain, joints, arteries and lungs as well as in obesity.

As researchers explain, when sodium bicarbonate is consumed it becomes a trigger for the stomach to make more acid to digest the next meal and for the overlooked mesothelial cell lining in the spleen to signal there is no need to mount an overly protective immune response that can alter a delicate balance between M1 and M2 macrophages, white blood cells…