This is my second column on the two weeks that Vi and I just spent in Chengdu, China. It is meant not so much as a travelog as a snapshot of what is going on in an economic juggernaut. Judging by email from readers, many do not realize the scope and scale of China’s advance. Neither did I: Since I was last in the country twelve years ago, much has changed. Reading journals is one thing. Walking the streets is another.

Having heard much about China’s high-speed rail, we bought tickets to Chongqing, a mountain town of thirty million at a distance of 250 miles from Chengdu. 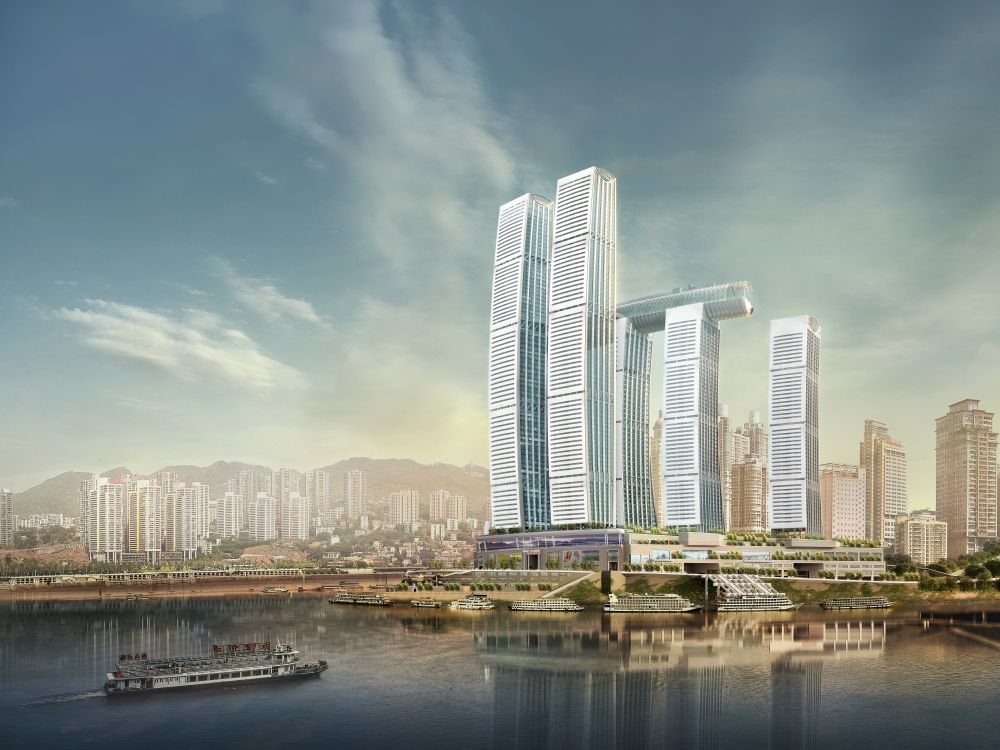 Chongqing. Well, a small part of it. Like Chengdu, it is largely new and, as cities go, quite agreeable.

At risk of sounding like a shameless flack for Chinese infrastructure, I can report that the rail station in  Chengdu was huge, attractive, well-designed, brightly lit, and full of people. I know, I know, I keep saying things like this. Well, dammit, they are true. As a self-respecting journalist, I don’t like to tell the truth too often, but here I will break with tradition.

Having gotten tickets beforehand we waited until our train was called, in Mandarin and English, as was true also in the city’s subway. Apparently Chengdu wants to be an international city and someone thought about it.

Anyway, the train pulled in and looked like a freaking rocketship. We boarded and found it to be clean and comfortable, with most of the seats filled. Off we went, almost in silence, and shortly were sailing through countryside.

At a cool 180 miles an hour. It was like stepping into a future world. I thought about buying one of these trains and entering it in Formula…