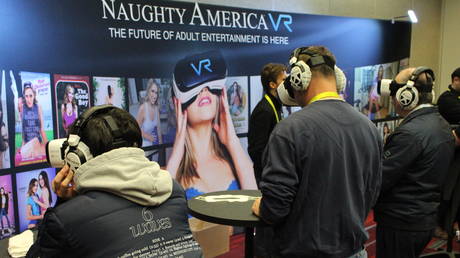 Also on rt.com
US prison inmates sue for ‘constitutional right’ to pornography

Others pointed out that installing the border fence should be considered a possible health crisis. Some of those against the proposal accused Rep. Udall of pursuing her personal agenda instead of focusing on real issues affecting the state.

But separating immigrant families is okay? The rise of white supremacy is okay? Once again, or still, the GOP is more concerned with YOUR bedroom and YOUR dr.’s appt.s than they are with mysogyny, homophobia or guns.