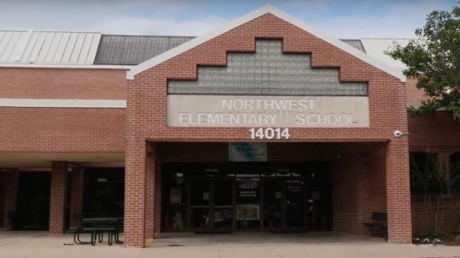 A Texas elementary school speech pathologist has filed a federal lawsuit after her school district refused to renew her contract unless she signed a pro-Israel oath.

Bahia Amawi has worked for the Pflugerville Independent School District since 2009 on a contract basis. Each year when it came to the time to renew her contract, the school district did so. Amawi always signed the correct documents, and had another year of guaranteed employment.

But this year, in August, there was a new addition to the contract papers. That addition was an oath which Amawi was being asked to sign, promising that she “will not boycott Israel during the term of the contract” and will refrain from any action “that is intended to penalize, inflict economic harm on, or limit commercial relations with Israel, or with a person or entity doing business in Israel or in an Israel-controlled territory.”


That was a problem for Amawi, who, along with her family, refrains from buying goods from Israeli companies in support of the global boycott to end Israel’s occupation of the West Bank and Gaza.

But aside from that, Amawi noted that the very fact that this was the only oath she was being asked to sign – and it was to do with Israel – was extremely strange.

“It’s baffling that they can throw this down our throats, and decide to protect another country’s economy versus protecting our constitutional rights,” Amawi, who was born in Austria and is of Palestinian descent, told The Intercept.

She said it was entirely out of the question to sign such an oath, as it would not only be doing Palestinians a disservice, but also Americans.

“I couldn’t in good conscience do that. If I did, I would not only be betraying Palestinians suffering under an occupation that I believe is unjust…but I’d also be betraying my fellow Americans by enabling violations of our constitutional rights to free speech and to protest peacefully,” said Amawi, who has lived in America for the last 30 years and is a US citizen.


Additionally, the disabled, autistic, and speech-impaired students of Pflugerville Independent School District are also losing out. Those who speak Arabic are at a particular disadvantage, as Amawi says she is the only certified child’s speech pathologist in the district that speaks the language.

Amawi’s attorney has filed a lawsuit, alleging a violation of her First Amendment right of free speech.

The oath was produced under a pro-Israel Texas state law enacted on May 2, 2017, which bans state agencies from working with contractors who boycott Israel. When the bill was signed into law by Republican Governor Greg Abbott, he said that “any anti-Israel policy is an anti-Texas policy.”

The law is incredibly far-reaching, and meant that some Hurricane Harvey victims were told they could only receive state disaster relief if they signed the same kind of pro-Israel oath. The author of the bill, State Rep. Phil King, later said that its application to hurricane assistance was a “misunderstanding.”

However, Texas isn’t alone in requiring its contractors not to boycott Israel. A total of 26 states have enacted such laws, and similar bills are pending in 13 other states.

The state laws come as the Trump administration has repeatedly expressed its steadfast support for Israel, opting to recognize Jerusalem as the country’s capital last year. The move led to global protests and condemnation from other UN member states.