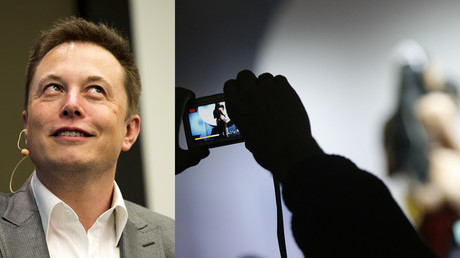 Musk has reportedly been offered $150,000 to appear in an adult film production by XBlaze films – whose scenes often feature marijuana use – following his appearance on the popular podcast, in which Musk and the host shared an inspiration cigarette.

The executives at XBlaze have offered the SpaceX and Tesla CEO, whom they describe as having an “adventurous spirit,” a ‘non-sex’ role in one of their movies, reportedly in exchange for a combined cash-and-cannabis deal.

“As the founder and CEO of XBlaze with a similar love of adventure, I believe that we could make an incredible film together that combines your endless energy, exploratory nature and can-do attitude,” XBlaze CEO Jeff Dillon wrote.

However, it is far from entirely good news for the embattled billionaire following his ill-advised date with the devil’s lettuce: Tesla’s share price plummeted a whopping six percent in the immediate aftermath, followed by a raft of high-level resignations from the company boardroom.

To add insult to injury, the US Air Force is reportedly investigating whether Musk breached his security clearance, which the Pentagon afforded him in 2015, when he smoked weed live on air to a potential audience in the millions worldwide.

RT.com has contacted XBlaze.com and representatives for Musk for an official statement.