A newly proposed bill in the US Senate would suspend the sale of weapons to Saudi Arabia and block refueling of Saudi warplanes bombing Yemen, as punishment for the death of a Washington Post columnist.

A group of senators on the Foreign Relations Committee, led by Bob Menendez (D-New Jersey) and Lindsey Graham (R-South Carolina) introduced the “Saudi Arabia Accountability and Yemen Act of 2018.” It was sponsored by three Democrats and two Republicans.

Menendez, who is the top Democrat on the committee, said that sanctions against 17 Saudi nationals introduced earlier on Thursday by the Trump administration were “not enough” to ensure a credible investigation of the murder of journalist Jamal Khashoggi, and pressure Riyadh into ending the war in Yemen. 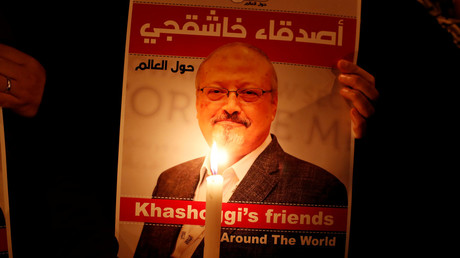 “This legislation is an important way to hold Saudi Arabia accountable for various acts in Yemen as well as the death of Jamal Khashoggi,” said Graham.

“We are putting teeth behind these demands with regular oversight, sanctions and suspension of weapons sales and refueling support,” Menendez said.

The US currently supplies Saudi Arabia with billions of dollars’ worth of tanks, airplanes and ammunition, and offers in-flight refueling and other logistical support to the Saudi-led coalition operating in Yemen. Riyadh has waged war on its southern neighbor since March 2015, to overthrow the Houthi-led government, which Saudi Arabia accuses of being a proxy of Iran.

The bill introduced by Menendez and Graham would also impose US sanctions on anyone blocking humanitarian aid deliveries to Yemen, but also on anyone providing support to the Houthis.

Khashoggi, a Saudi journalist who lived in Turkey and was an outspoken critic of the Crown Prince Mohammed bin Salman, was last seen entering the Saudi consulate in Istanbul on October 2. Turkey quickly accused the Saudis of murdering Khashoggi, which Riyadh spent weeks denying until it eventually blamed it on a “fight” inside the consulate.

Earlier on Thursday, the Senate voted 77-21 to kill a proposal by Rand Paul (R-Kentucky) to block US arms sales to Bahrain, another member of the Saudi coalition. Menendez led the opposition to Paul’s proposal, arguing that Bahrain is a “critical ally” of the US and hosts the US Navy’s Fifth Fleet, and that the sale of multiple rocket launchers and missile systems had nothing to do with the war in Yemen.