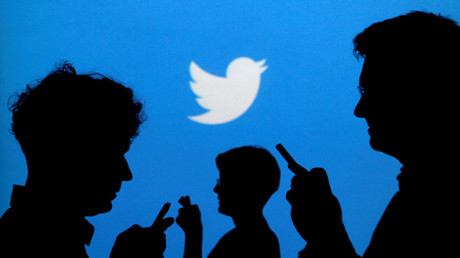 Given that politicians and multi-billion dollar corporations spend exorbitant amounts of money trying to influence public opinion, it’s extremely hard to imagine how recently-created, thinly-veiled bot accounts could possibly garner enough of a following to somehow influence millions of voters across the UK within mere weeks. That logic didn’t stop the Times, though.

Among the handpicked accounts sampled in the study, nine out of 10 messages were in support of the Labour party while 9 out of 10 messages mentioning the Conservative party were critical. In addition, some 80 percent of the “automated accounts” were created in the weeks prior to the June, 2017 general election. Notably, the list of Twitter accounts ‘studied’ by the paper and university have not been released, nor have they outlined just how many followers (which is generally a good barometer of the potential reach of a tweet) the accounts had.

The ‘revelations’ fall neatly in line with the ongoing scapegoat narrative across the mainstream media: Russia is supposedly influencing everything from the 2016 US presidential election to the Brexit vote to potentially meddling in the German elections and the Catalonian independence referendum. While time and time again the narrative fails due to blatant lack of evidence, it is seemingly irresistible to Western MSM and politicians alike.

Just this week, the US House Intelligence Committee “found no evidence that the Trump campaign colluded, coordinated, or conspired with the Russian government.” Yet the narrative persists.

The timing of publication for the Sunday Times report is also rather conspicuous given Labour’s reported lead over the Conservatives heading into next week’s local elections, as noted online.

With May’s Tories on the brink of an electoral defeat of historic proportions next week, Rupert Murdoch rides to the rescue. The British public can’t possibly be sick of the Tories. No, it’s the Russians once again doing their malevolent thing.https://t.co/BZ9BWO4puC

How they ‘cracked the case’

According to the Sunday Times, academics at Swansea University helpfully identified the accounts and tweets for the investigation. One of the academics has been fielding questions online regarding the study’s curious methodology.

The Sunday Times’ story on Corbyn and alleged Russian Twitter bots is light on details of how they determined the accounts were Russian. I’ve asked the researcher the paper worked with. https://t.co/buJYeLGKcL

Thanks for question. A sub-sample of 20,000 tweets includes Twitter users that have: 1) profile language is Russian 2) location is in Russia (e.g. Moscow) 3) profile time zone is Russia.

Interestingly, while Talavera lists his location as ‘South West, England,’ he does also have European, British, and Ukrainian flag emojis on his public Twitter profile. Using his own methodology, though – that language or national identity immediately equate to political bias – one could attribute his account to any number of foreign actors who might seek to influence elections in Britain.

He also doesn’t acknowledge that Twitter users can set their own locations, nor does he address a claim in the Times that “many of our Russian bot accounts gave American states as their location.”

The economics lecturer is one of the co-founders of Vox Ukraine, “an independent analytical platform founded in 2014, after the Revolution of Dignity, by a team of highly experienced economists and lawyers based in Ukraine and abroad.”

Meanwhile, Swansea University boasts a Hillary Clinton PhD scholarship – but the Times doesn’t note any potential conflict of interest there or any potential for influence peddling via ‘academic research.’

Hundreds of the bot accounts were reportedly created simultaneously and “displayed clear identifying factors.” One common distinguishing feature among the accounts was that they used “15-character alphanumeric usernames” (as is the case with almost all Twitter users) and “with a false western woman’s name attached.” What differentiates these accounts, apparently, is that they listed their first language as Russian.

I have never received a penny from Russia, while the Tories received £840,000 from Russian oligarchs before the election and Tory Party Chairman Brandon Lewis received £30,000 personally. Yet apparently the Russian Bot is me. What a very strange world.

The Times also claimed that hundreds of the accounts were set up simultaneously despite Twitter only displaying the month and year in which the account was created, not the specific day. Perhaps all of the accounts synchronized their first tweets (or retweets, as seems to be the case in a lot of the examples cited by The Times), though the analysis does not explicitly state this. In addition, Twitter’s Application Programming Interface (API) is closed to the public, meaning it would be incredibly difficult, or nigh on impossible, for researchers to gain access to the metadata for thousands of accounts, Russian bot or otherwise.

Furthermore, the bot accounts were reportedly later suspended by Twitter’s moderators or voluntarily shut themselves down, presumably after some sort of bot existential crisis. We say ‘reportedly,’ as apparently the researchers didn’t go back and check.

We do not have the exact number of it requires checking each account. @Arbuthnott might have some ideas. I think that majority of Tweets are not active as @Twitter does great job to remove these accounts. @nickpickles

This would take about 5 minutes with a bash script on multiple boxes. HMU

What about causation vs correlation?

The accounts apparently retweeted pro-Labour and anti-Tory messages on May 18, when Theresa May announced the Conservative manifesto. In particular, according to the Times, the bots retweeted Corbyn campaign publicity, particularly around rallies which drew “unusually large crowds.” Crucially, The Times’ analysis doesn’t quite delve into how there’s causation (as it implies) rather than correlation between retweets and participant numbers growing at rallies.

Swansea researchers claimed that 16,000 “Russian bots” had been tweeting about British politics since last April. However, they decided to narrow their focus to a sample of just 6,500 accounts and 20,000 individual tweets posted by that selection in the four weeks before the UK General election, based on an apparently ad hoc list of criteria.

The Times also concludes that Labour “won the social media war” because of greater shares online despite the fact that the Conservatives outspent Labour on Facebook advertisements, not to mention that this study was focused solely on Twitter.