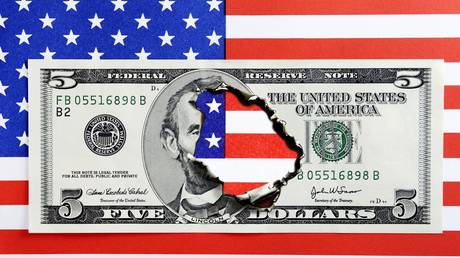 A $2.4 million daydreaming study and a very scientific examination of the sex habits of coked-up quails topped Senator Rand Paul’s annual list of maddening government waste, which this year clocked in at $114 million.

Last week, the Kentucky lawmaker issued his fourth installment of the annual ‘Festivus Waste Report,’ which names and shames some of the US government’s most egregious spending choices.

The waste is humorously documented in this year’s report. Some of the examples include the National Institutes of Health (NIH) spending $2.4 million to study daydreaming, and another NIH study, costing $874,000, which researched the sexual habits of quails that were high on cocaine.

Also on rt.com
‘I got a lot of problems with you’: Rand Paul flames Trump, media, waste in Festivus celebration


As Paul noted, these generously funded projects underline how wasteful spending and misplaced priorities have “helped the federal government place taxpayers on the hook for a debt that is rapidly closing in on $22 trillion.”