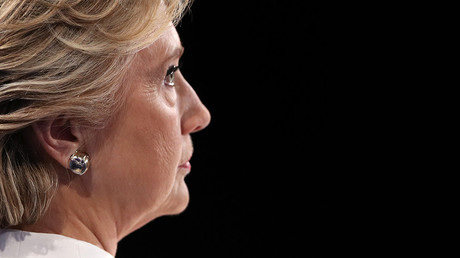 A small batch of emails dating back to Hillary Clinton’s tenure as secretary of state has been made public. The release is part of approximately 15,000 previously undisclosed Clinton emails that the State Department was ordered to produce.

The emails can be read in the State Department’s Virtual Reading Room.

Several emails from August 2011, related to a conference call with Turkey’s Foreign Minister Ahmet Davutoglu, were redacted in their entirety. So was another email, forwarded from Clinton adviser Jake Sullivan, with the subject heading “I know this doesn’t help matters…”

A dozen emails involve Bill Clinton aide Oscar Flores, a retired US Navy officer, while the rest are mainly traffic between Hillary Clinton and her aide Huma Abedin.

A November 25, 2010 message from Abedin to Clinton, simply titled “Saudis,” reads: “Just heard back from Jeff who spoke with Saud. they were very touched by your offer and will convey to king [the rest is redacted].”

Later that day, Clinton is asking Abedin if she got a prior email asking “if I was supposed to bring up [redacted],” related to the Reuters report of WikiLeaks releasing US diplomatic cables. At 3:30 AM on November 26, Abedin replies with, “Yes I did and just responded. And I’m also checking if [redacted].”

Since the beginning of October, the State Department released nearly 2,000 emails it received from Hillary Clinton, covering “a wide range of topics.”

Its next two batches of emails are expected to be posted on the FOIA page just a few days before the presidential election, on November 3 and 4. After that, the Department will have 500 emails to review monthly “until the entire collection of records was reviewed for public release.”