Food allergies have been used in dozens of comedic films over the years. But in 2018, a movie depicting animated rabbits weaponizing berries against an allergic human has triggered an uproar that ended in an official apology.

The Peter Rabbit movie by Will Gluck only premiered in cinemas on February 9, but it has already stirred up more controversy than one could have expected from an animated comedy loosely based on a popular children’s book by Beatrix Potter. The book recounts the adventures of Peter Rabbit and his siblings, who sneak vegetables from the garden of Mr. McGregor, who, in turn, vainly tries to stop them. The rabbits and McGregor use traps and garden tools on each other to various outcomes and degrees of bodily harm.

The film also features a scene where rabbits use a sling to pelt McGregor with blackberries, to which he is allergic. When McGregor swallows one of the berries, he has a typical allergic reaction and is forced to use an EpiPen. 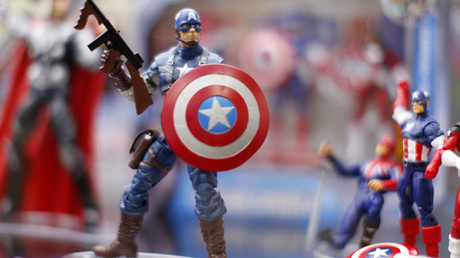 The scene infuriated several groups, including the Asthma and Allergy Foundation of America and Global Anaphylaxis Awareness and Inclusivity, who demanded that Sony apologize for the “insensitive” movie, which they said promoted bullying of children suffering from severe food allergies.

The backlash forced Sony and the creators of the movie to issue an apology over the weekend.

“Food allergies are a serious issue. Our film should not have made light of Peter Rabbit’s archnemesis, Mr. McGregor, being allergic to blackberries, even in a cartoonish, slapstick way,” their Sunday statement read.

“We understand that movies are to entertain, but we simply do not believe that should include harming another person. These are very serious conditions that people die from every day. So making light of it or encouraging children to make fun of others because of this, or taunt them with their food allergy or force them to eat this as they did with Ms. McGregor in the story is truly a bizarre behavior,” Winders said. She allowed, though, that the situation “does provide opportunity for education awareness.”

Griffing called on parents to use their common sense and explain to their children that bullying is bad, and for viewers to use their sense of humor to understand comedy.

“Why do we assume that the consequences of showing this in a film is going to be bullying? Humor, comedy, being able to laugh at ourselves is one of the classic ways that we have dealt with these serious issues,” he said.

Bahn disagreed, saying it makes a key difference that the cruel rabbits intentionally used allergy as a weapon.

“[Kids] are watching these rabbits ganging up on McGregor and throwing what they actively know is an allergen into his mouth, and then celebrating that. And I don’t think that that’s OK. I don’t think that this sends the right message to children and to the general public, to some people who don’t understand the severity of food allergies, that it’s lethal,” she told RT.

Watch the full debate on RT.