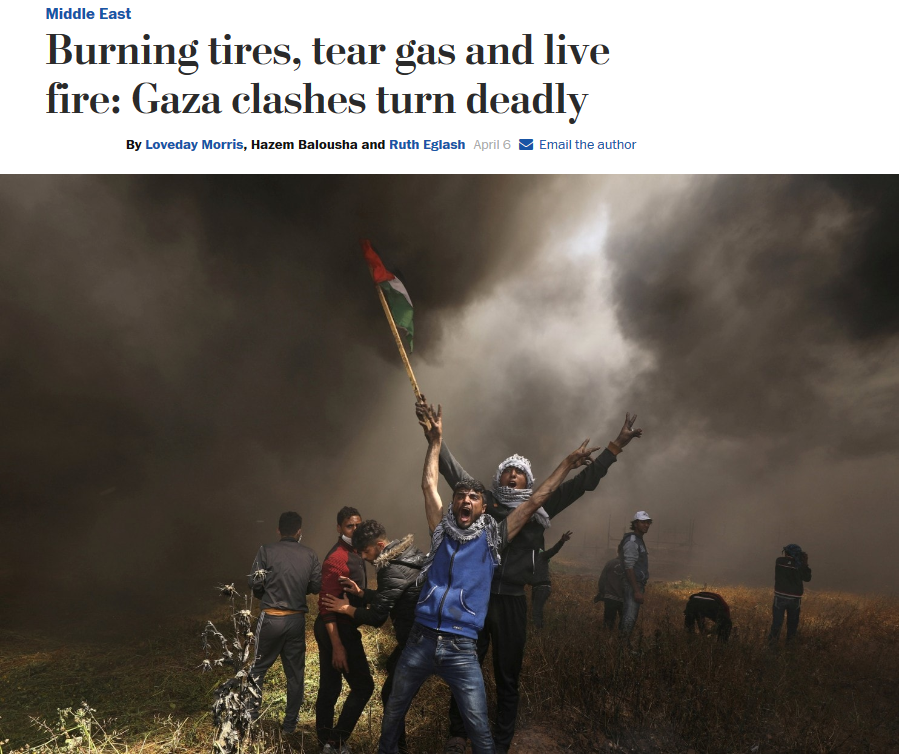 Despite the Washington Post headline (4/6/18), Palestinians’ burning tires have not been reported to have killed anyone, whereas Israeli live fire has killed 30 at last count.

As FAIR has noted before (e.g., Extra!, 1/17; FAIR.org, 4/2/18), the term “clash” is almost always used to to launder power asymmetry and give the reader the impression of two equal warring sides. It obscures power dynamics and the nature of the conflict itself, e.g., who instigated it and what weapons if any were used. “Clash” is a reporter’s best friend when they want to describe violence without offending anyone in power—in the words of George Orwell, “to name things without calling up mental pictures of them.”

It’s almost as bizarre as the time several media outlets referred to a white nationalist driving a car into a crowd of unarmed protesters in Charlottesville as a “clash” (FAIR.org, 8/17/17): 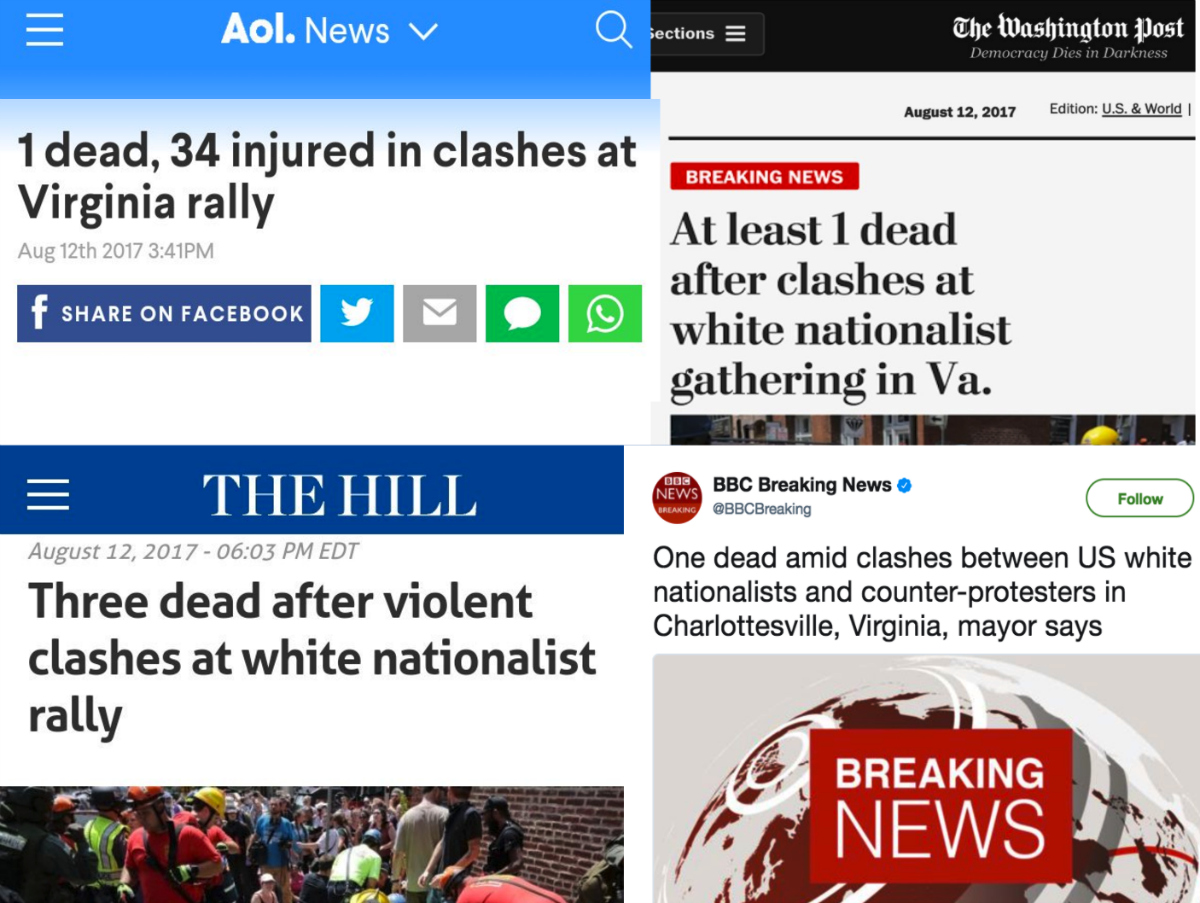 “Clash” implies some degree of symmetry. When one side is dying by the dozens and the other is sitting behind a heavily secured wall, firing at will on unarmed people from hundreds of feet away (some of whom are wearing vests marked “PRESS”), this is not a “clash.” It’s more accurately described as a “massacre,” or at the very least, “firing on protesters.” (No Israelis have been injured, which would be a surprising thing if two sides were actually “clashing.”) 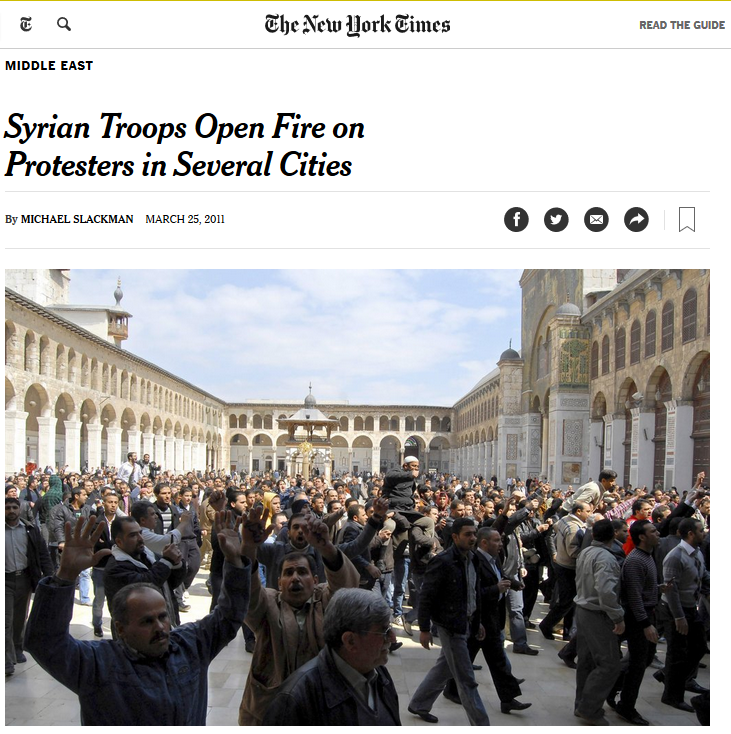 How media report on troops firing on protesters when it’s an official enemy doing the firing (New York Times, 3/25/11).

The fig leaf of “clashes” is not needed in reporting on US enemies. In 2011, Western headlines routinely described Libya’s Moammar Gaddafi and Syria’s Bashar al-Assad as having “fired on protesters” (e.g., Guardian, 2/20/11; New York Times, 3/25/11). Simple plain English works when reporting on those in bad standing with the US national security establishment, but for allies of the United States, the push for false parity requires increasingly absurd euphemisms to mask what’s really going on—in this case, the long-distance slaughter of unarmed human beings.

Israel has a state-of-the-art military: F35s, Sa’ar corvettes, Merkava tanks and Hellfire missiles, not to mention the most intrusive surveillance apparatus in the world; total control over the air, sea and land. In the Great March of Return protests, the Palestinians have employed rocks, tires and, according to the IDF, the occasional Molotov cocktail, though no independent evidence has emerged of the latter being used. The power asymmetry is one of the largest of any conflict in the world, yet Western media still cling on an institutional level to a “cycle of violence” frame, with “both sides” depicted as two equal parties. The term “clashes” permits them to do this in perpetuity, no matter how one-sided the violence becomes.