Doctors who took care of the Skripals after they were poisoned by a nerve agent in the southern English city of Salisbury said they did not expect them to survive.

“All the evidence was there that they would not survive,” said Stephen Jukes, who treated the Skripals a week after they were admitted to hospital. 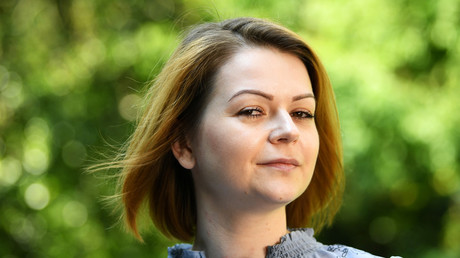 Lorna Wilkinson, director of nursing at the hospital, said she had feared the incident would have much graver repercussions. “When the [policeman] was admitted with symptoms, there was a real concern as to how big could this get,” she said, explaining that there were fears the incident would “become all-consuming and involve many casualties.”

“We really didn’t know at that point,” she said.

Sergei, 66, and Yulia, 33, were found slumped on a bench in the Wiltshire town on March 4. Britain says it is highly likely that the Kremlin was behind the attack, despite no evidence being produced on the origin of the nerve agent.

The doctors’ account emerges shortly after Russian President Vladimir Putin told a news conference that the recovery of the Skripals undermines Britain’s position over the attack.

Speaking shortly after Yulia Skripal’s first televised statement, in which she said her recovery had been “slow and extremely painful,” Putin said: “I am no expert in military-grade chemical weapons, but as far as I understand, if one is deployed the victims are killed on the spot and practically instantaneously. Thank God nothing like that happened,” he said.

“As we could see on TV recently, at least [Yulia Skipal] looks quite well. Everyone is alive and well, thankfully. So I don’t think this is a case of a use of a military-grade chemical weapon. And if so, everything the British side said from the start is under question.”