Janine Jackson interviewed Pam Vogel about Sinclair Broadcasting‘s propaganda for the April 6, 2018, episode of CounterSpin. This is a lightly edited transcript. 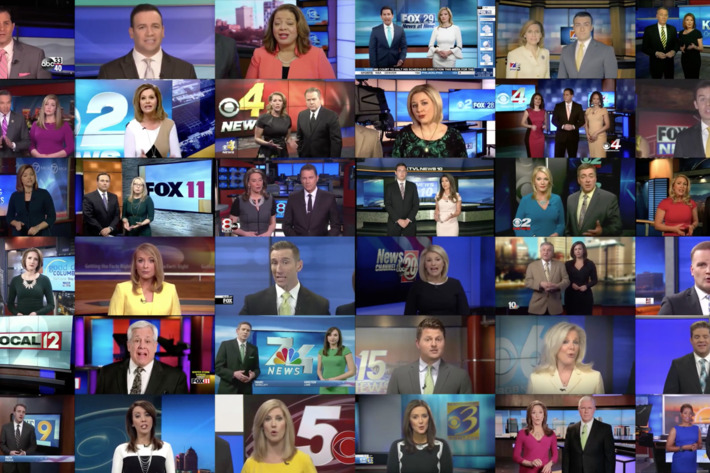 Janine Jackson: The viral video of dozens of local newscasters from around the country, reciting identical scripts about “fake news,” is the definition of painful irony. But what Sinclair Broadcast Group, the parent company that forced the broadcasters to parrot the words, is doing, and wants to do, is no laughing matter. Sinclair‘s been largely under the radar til now, though known to some as the owner that forced its stations to run a pseudo-documentary hit piece on John Kerry days before the 2004 election. The chain’s Washington bureau chief resisted, told the Baltimore Sun, “I couldn’t be part of this special and call it news, when what it is is political propaganda,” and was promptly fired.

So what does it mean that Sinclair may acquire a station in your town next? Our next guest has been immersed in things Sinclair. Pam Vogel is a research fellow at Media Matters. She joins us by phone from Washington, DC. Welcome to CounterSpin, Pam Vogel.

Pam Vogel: Thanks for having me on.

JJ: Let’s start with that video that Deadspin cut together. It’s chilling in its content. People who obviously don’t have any control over what they’re saying, talking about “free speech” and “mind control,” you know? Someone said that it looks like “hostage video,” and in a way, it almost is. People need their jobs, after all. The “must-run” is a significant part of the Sinclair way, isn’t it?

PV: Yes, and this sort of scripted segment that’s read by local anchors isn’t necessarily typical for Sinclair. It’s a little bit of an escalation, which I think is maybe why some folks are so riled up when they see this video. It does feel very eerie and disingenuous. But in addition to a sort of scripted segment like the one in that video, Sinclair regularly mandates that all of its local TV news stations run certain types of segments that they produce nationally at their headquarters near us here in DC. 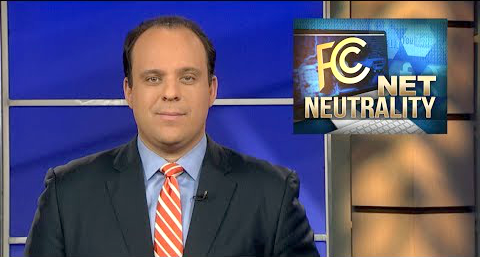 So those types of must-run segments are more regularly produced. There’s one called Bottom Line with Boris, and that is featuring a man named Boris Epshteyn, who used to be a Trump aide. He was hired by Sinclair a little bit after he left the White House, and his commentary segments are produced, pretty much every weekday there’s a new one. They’re pretty short, about 90 seconds, two minutes. And it’s pretty predictable. So I watch all of them as they come out, and I already know what’s going to be in them, for the most part. It’s always either in agreement with President Trump, or a defense of something that Trump has done, or in a few cases—including yesterday—a defense of Sinclair itself, or a defense of Epshteyn’s commentary segment.

And the second must-run that they typically are mandating that their stations air is called Terrorism Alert Desk. Those also are relatively short segments. They’re produced about every other day, there’s a new one, and those are sort of quick-hit, vague headline-reading of stories that they have determined are about terrorism. And I watched a year of those segments. And some of the things that we sort of pulled away in analysis of those segments were that they weren’t very informative for viewers, but the repetition aspect of reading vague headlines about things like terror-related arrests, where we never get any follow-up information, a focus overall on terror associated with Islam—taken all together like that, it really just serves to gin up xenophobia in local news audiences.

So I think when we talk about that context, and some of the other must-run segments Sinclair’s doing, the idea of having local anchors decry “one-sided and biased news” feels even more ironic.

JJ: Really, it takes it over the top. And it’s two things, because it’s the content, and then it’s the nature of it being must-run. There was a guy who worked briefly at a Sinclair station named Aaron Weiss, who wrote a piece for Huffington Post, and he recounted a conference call of news directors. When someone asked if they could ever run local commentary during newscasts, the answer was a firm “no.” So the threat of Sinclair, the concern, is not just that it’s right-wing, it’s what they mean for the localism of local news, as well, isn’t it?

PV: Yes. There’s a recent study out of Emory University, where the authors found that a small group of stations last year was acquired by Sinclair, and when those stations saw the transfer in ownership, that was pretty much immediately accompanied by a change in the types of news that those stations covered. So they began to cover more national stories at the expense of local stories.

JJ: Yeah, I saw that Emory research, and I thought it was interesting that they found more national politics, as opposed to local, and a slant to the right, and then they note that the results suggest a substantial “supply-side” role in these trends toward nationalization and polarization of politics news. In other words, the changes weren’t responsive to viewers’ tastes changing. They really just came from the ownership changing.

PV: And this is something to keep in mind when we’re talking about Sinclair, too, because they’re in the middle of trying to finalize an acquisition of more media stations across the country: 42 more local TV stations, some in the largest media markets—New York, Chicago, LA—where they don’t really currently have any stations that they control, whether it’s through ownership or through operating them solely, which is part of Sinclair’s MO. But this speaks to their efforts to consolidate, and they view it as a win for innovation.

But what really happens is that they’re free to minimize the resources that stations need, which, again, takes away from the localism. And it can be also kind of creepy, in a way that’s a little bit similar to the way that these local anchors were mandated to read those scripts. We’re seeing other instances already with Sinclair stations where they’re using the same local anchors broadcasting from one station in one state, and they’re actually narrating nightly news segments in other states.

JJ: So it’s not even really local at all at this point, and this is in a time in which local news resources are already shrinking, or already have been dwindling.

PV: Exactly. So to be clear, in that sort of arrangement they still have some local reporters that are in the community. But the anchors at the desk are in a completely different state. So they’re basically making the argument—through the way that they’re allocating those resources—that the anchors don’t matter. It just seems like overall a kind of lack of respect for journalistic integrity, for their employees.

JJ: Absolutely. Well, I did read that David Smith, the chairman of Sinclair, has quipped that Sinclair is “forever expanding, like the universe.” That doesn’t sound good. You just hinted toward it: They are trying now to have a huge acquisition, or an acquisition that would get them into the three biggest markets in the country. So what’s in between them and that right now? 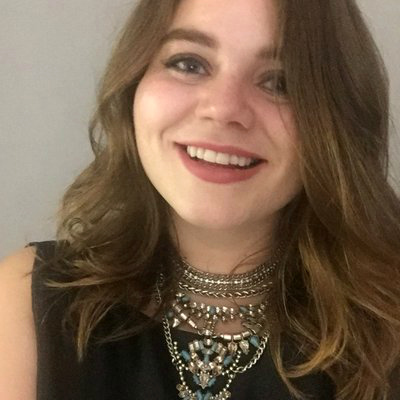 Pam Vogel: “The FCC is actually under an internal investigation right now, because they’ve made so many moves, regulatory and deregulatory…to make things easier for Sinclair.”

PV: Yeah. The acquisition is waiting final approval from the FCC and from the Department of Justice, on antitrust grounds, and it’s pretty much expected that both of those entities will approve the deal. They’re obviously pretty aligned with the Trump administration, and President Trump has vocalized his support for Sinclair in two tweets in the last couple of days. So I don’t think we’re going to see any pushback there.

But one thing that is interesting is that the FCC is actually under an internal investigation right now, because they’ve made so many moves, regulatory and deregulatory, in the last year since they acquired a Republican majority on that commission, because of the Trump administration, to make things easier for Sinclair to see that deal through. They reinstated some outdated, wonky math for calculating ownership caps, that basically is allowing Sinclair to own an unprecedented number of stations, and reach up to 72 percent of US television households, which is completely unheard of, and wouldn’t have been possible before the FCC was under Republican control.

JJ: I want to be clear: It’s not like there’s a Sinclair network, and that if you don’t want it, you can avoid it, you know? That’s part of the problem, is that there’s kind of a labeling issue, as well, isn’t there?

PV: Yes, absolutely. If you’re tuning in to cable news—Fox, MSNBC, CNN—you sort of know what you’re tuning in to. You’re signing up for something specific, whether it’s news delivered with a particular perspective, whether it’s commentators that have a national profile, and so you might know already what their background is and their approach. But with Sinclair, you don’t have that same expectation. So if you’re turning to your local nightly news, you might see that it’s called ABC 6 or CBS 12, but you don’t see a Sinclair logo anywhere on your screen.

The good news is, it’s relatively easy to find out who owns your station. And that’s exactly what Sinclair doesn’t want folks to do. They have thrived for so long under the radar. So I think now that people are becoming aware of what they’ve been up to, it’s important to keep that drumbeat going, and to take a little bit of time to just know who owns your station, because they’re not making it very clear.

JJ: We’ve been speaking with Pam Vogel. She’s research fellow at Media Matters. They’re online at MediaMatters.org. Pam Vogel, thank you so much for joining us today on CounterSpin.