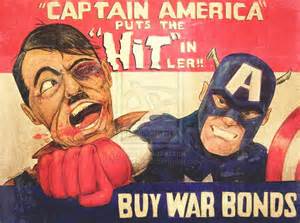 No, we should not.

Condoning, applauding or giggling over the idea of punching people in the head whose political positions, however abhorrent, we don’t agree with is so wrong I am not even sure why it is necessary to talk about it. However, given the events of this weekend, it seems we have to talk about it.

“Is it OK to punch a Nazi for what he said?” is a question bouncing around the media and the Internet after an attack on Richard Spencer following the Trump inauguration. Spencer created the term alt-right. On video, he was explaining the meaning of Pepe the Frog, a silly cartoon figure somehow adopted as a mascot by the racist, far-right fringe movement Spencer promotes as anti-immigrant, anti-Semitic and anti-feminist.

The punch was captured on video:

There are over 4,500 comments on YouTube alone, and most condone the punch. The most popular format is to say “I don’t condone violence BUT…” and then go on to condone violence. Another popular comment is to mention Hitler, WWII and the defeat of the Nazis, and somehow see the video as a part of that 70-year-old global struggle fought between nation states.

The main thrust of commentary is that violence is now justified as a response to speech by the right some do not care for. More than a few people have suggested punching someone in the head is in fact a form of protected free speech itself, and others seem to think whatever they label as “hate speech” is a crime. Others mouth stuff along the lines of “the end justifies the means.”

A popular meme is to put different songs, many calling for violence themselves, behind the punching video. Jon Favreau, a former speechwriter for Barack Obama, tweeted “I don’t care how many different songs you set Richard Spencer being punched to, I’ll laugh at every one.”

It saddens me greatly to see even one…