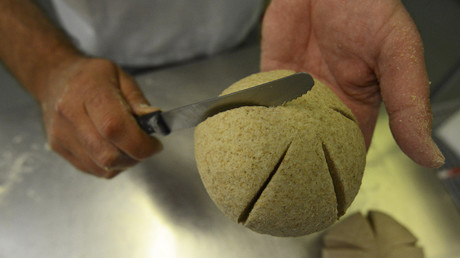 The key to curbing stabbings in Britain is simple, according to a British judge who wants to see manufacturers creating more rounded knife blades. RT’s guests debated whether the suggestion is sensible or downright silly.

In an address last week, Luton Crown Court Judge Nic Madge said that ordinary kitchen knives are causing a “soaring loss of life,” stating that blades should be more rounded and therefore less dangerous. “Only butchers and fishmongers need eight or 10 inch kitchen knives with points.”

John Crichton, chair of the Royal College of Psychiatrists of Scotland, told RT that it could indeed help if alternatives to sharp knives were introduced to people in “high risk households,” such as those housing people who are out on bail.

But radio host and journalist Jon Gaunt wasn’t buying it, calling it a “ridiculous suggestion” that would punish law abiding citizens who haven’t done anything wrong.