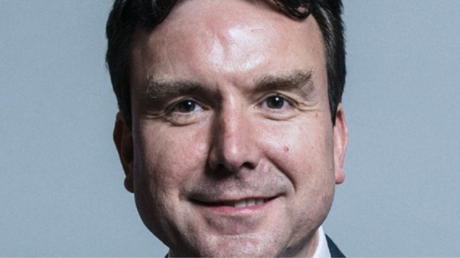 Theresa May has been widely attacked after the whip was restored to a disgraced sex text Tory MP, following which he voted for the embattled Prime Minister in Wednesday’s no-confidence vote.

MP Andrew Griffiths had been suspended since mid-July after a series of explicit and violent texts he sent to two Burton women, were exposed.

Despite this, the Chief Whip, Julian Smith, restored his place in the party. Griffiths had told Burton Live of his support for Theresa May, stating on Wednesday: “Theresa May has shown huge determination and bravery in negotiating and arguing for her deal.

“I believe she remains the best person to deliver the Brexit people in Burton and Uttoxeter voted for, and I will be supporting her in tonight’s ballot.”

The news drew widespread condemnation of the prime minister. Labour MPs Dawn Butler and Jess Phillips took to Twitter to attack May, while commentators accused her of ‘panic’ and seeking ‘power over principle.’

Smacks of panic when Theresa May restores the whip to a couple of suspended Tory MPs, Charlie Elphicke and Andrew Griffiths, in the hope they’ll vote for her. Power over principle

Tory command’s decision to de-suspend sex-text Tory MP Andrew Griffiths so that he can vote for the vicar’s daughter is glorious. A decadence to match the last days of Rome.

How can @Theresa_May call herself a feminist when she lets an MP who was suspended for sexual harassment back into the Conservative Party to vote for her in the leadership challenge? This is a betrayal of women.https://t.co/JdbpKXq30n

“She’s so cute. So sweet. I can’t wait to beat her” he said. “Can she take a beating?” He said. But he also said he’d vote for the Prime Minister so who gives a toss if he bragged about beating women during sex. https://t.co/rZO8L9Ne8s

As well as Griffiths, the whip was also restored to MP Chris Elphicke; another Tory MP facing allegations of sexual offenses. Elphicke denies wrongdoing over accusations of sex offenses against two members of his staff.

Elphicke tweeted his pleasure at having the whip restored, although he didn’t divulge which way he voted.

Important for my constituents to know that, 13 months after having it withdrawn, I have been given back the Conservative Whip. I remain as confident as I always have been of clearing my name and will continue to work as hard for Dover & Deal as I always have done.

Regardless, May didn’t need the two votes winning by a 200-117 margin, a significant rebellion but well below the 158 turncoats needed to trigger a Tory leadership election.