Relatives of Sergei Skripal, the former Russian double agent who was allegedly attacked with a nerve agent in Salisbury last March, fear that he may be dead, his niece has told Russian news agency RIA.

Victoria Skripal said they haven’t heard from his daughter Yulia, who was also allegedly poisoned with Novichok in the Wiltshire city, since the end of July. On that occasion, she called to wish her grandmother happy birthday and had said that her father, 67-year-old Sergei, would be in touch as soon as he recovered from a tracheostomy.

When asked what made her relatives assume her uncle had died, Victoria told RIA: “Why do we think so? Because Yulia said her father would call in three days as he had great desire to… 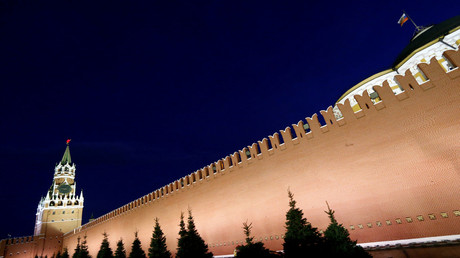 “He loves his mother and at any convenient opportunity he would have called her,” the 46-year old said.

Victoria said she found it suspicious that there were no pictures of her uncle in the hospital ward, as she noted that there had been in the case of FSB Lieutenant Colonel Alexander Litvinenko, who was poisoned in London in 2006.

She also said the fact that neither her relatives nor the press had been allowed to see him raised eyebrows. “They didn’t let us in. I do not understand what’s so terrible if we see him?” Victoria said.

Sergei and 33-year-old Yulia, who have now both been discharged from hospital, were found slumped on a bench in Salisbury on March 4. They were allegedly attacked with the military-grade nerve agent Novichok.

The incident sparked a diplomatic row between the UK and Russia, with the former accusing the latter of being responsible for the attack, despite no evidence to support such a claim. Russia has vehemently denied the accusations and condemned the UK for stopping it from taking part in investigations.

In a separate interview with newspaper Moskovsky Komsomolets on Thursday, Victoria claimed that if her uncle isn’t actually dead, the reason why he is being kept out of the public eye is because UK authorities have no evidence to back up their allegations against Russia.

“It’s either he is dead, or they have nothing to show. He could have refused, of course, but here I think that, just like in Litvinenko’s case, they would have let us see him if, of course, they had anything to show,” she said.

Moscow is also concerned about the lack of information regarding the Skripals, Russian Foreign Ministry spokeswoman Maria Zakharova said.

“We find it highly suspicious and outrageous that there’s no information on the state of health and whereabouts of Russian citizens Yulia Skripal and her father Sergei,” she said, noting that British authorities continue to deny access to the two individuals.