Amidst the growing intensity and louder calls for independence around the globe, John Zogby Strategies once again conducted a nationwide poll on the topic over the July 4thholiday.  We asked 1,001 likely voters the following question:

Which of the following is closer to your view?

Statement A: If a majority of residents within a given state prefer to have the final say over their destiny without the control of Washington D.C., then let them have it – it is their right.

Statement B: If residents within a given state were to take such a drastic measure and secede from the United States, the Federal Government would be justified sending in the military to prevent secession from taking place.

Results still reveal nearly 4 in 10 (39%) agree with statement A and 32% agree with statement B.In other words, a plurality of Americans agree with a state’s right to make a clean break from the Federal Government and go their own way while just shy of one-third (32%) would support a military intervention to suppress a state’s attempt to break away, and 29% are still not sure.

About one year ago we asked the very same question over the 2017 Labor-Day weekend to 800 likely voters in a nationwide survey. Even then, 39% of respondents chose statement A.

Below are charts that compare 2017 and 2018 results from key demographics. 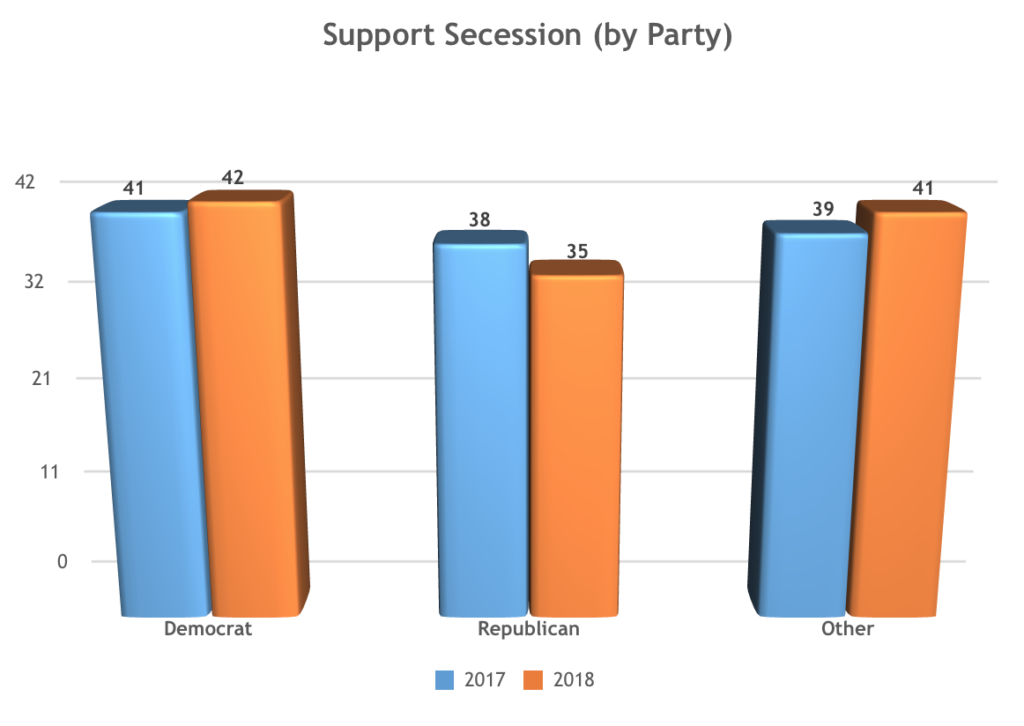 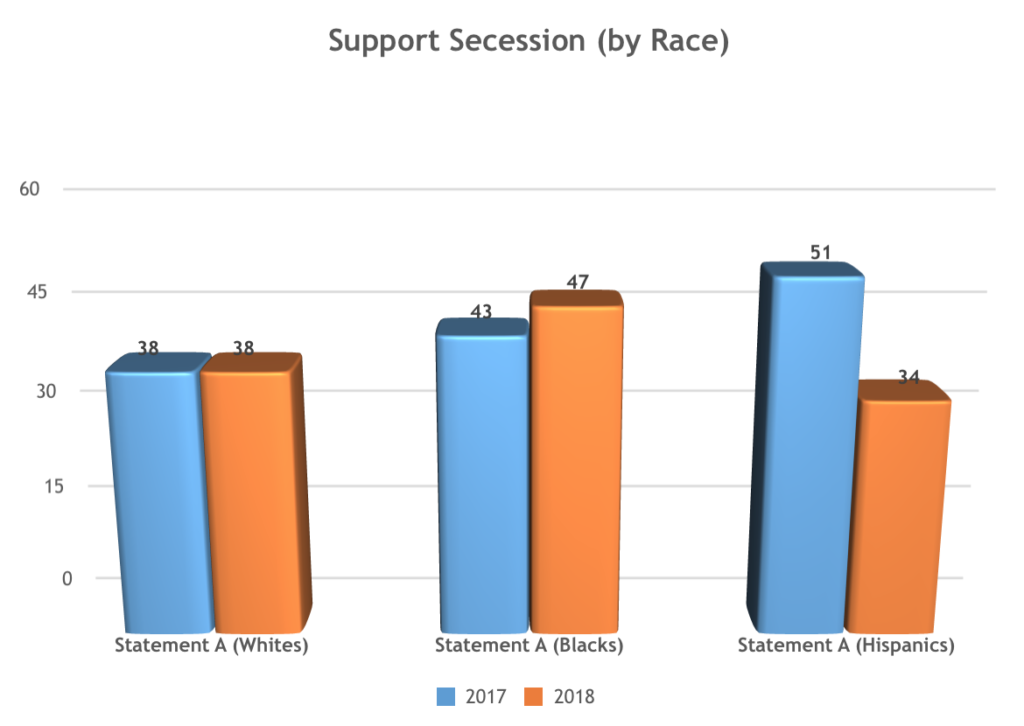 A look at the above charts reveal the biggest movement coming from a drop in Hispanic support for secession (from 51% to 34%).  Although not displayed in the charts, those who answered ‘not sure’ among Hispanics increased from 18% to 33%.  Whites stayed the same and Black likely voters saw an…