Not content with (alleged) efforts to destroy US democracy through election interference in 2016, Russia is now “likely” targeting American civic society groups like the Boy Scouts and local charities, a professor has suggested.

“It may be hard to imagine Russia going after the Boy Scouts,” Susan Landau, a professor at Tufts University, wrote in an essay published by The Conversation and reprinted by Salon. Indeed it is, but Landau posits that groups like the Boy Scouts, as well as local charities, sports teams and churches, are the perfect target for Russia, because these are the things that “knit together a community and a society.”

They are the groups, Landau says, that provide the connections that keep “legitimate disagreement from exploding into acrimony and sharp divisions” among Americans – and pesky Russians are trying to ruin it all. 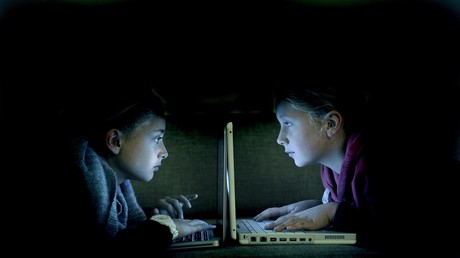 As evidence to back up her claim, Landau points to a report by the infamous Atlantic Council think tank, a lobbying arm of NATO which is also funded by various Middle Eastern governments and multiple US arms manufacturers. The report claimed that Russia seeks to “sow discord among European Union member states [and] destabilize European polities,” to add to social tensions.

A similar thing is happening in the US, Landau claims. Indeed, Russia’s only goal is to ensure that America is “tearing itself apart” internally so that it has no time to “contest Russia internationally.”

Landau also refers to recent claims by Microsoft that Russian hackers set up fake websites to appear as though they were legitimate conservative think tanks in order to collect personal information from the people they fooled. The trouble with this claim is that even Microsoft admitted it had “no evidence” that the domains in question were used in any successful attacks – and no evidence “to indicate the identity of the ultimate targets.” Blaming Russia in this instance literally amounted to a “faith-based assumption.”

Landau warns that a “similar technique” had been used against Texas Democrat Beto O’Rourke’s Senate campaign, during which some fake text messages (purporting to be from the campaign) offered to transport illegal immigrants to vote. It turned out the texts had come from the campaign, from a volunteer “who had signed up under a fake identity.” Landau admits herself here that while there is “no indication” whatsoever this incident had anything to do with Russia, it still serves as an example which “illustrates” the “type of activity” the Russians get up to.

So, why the Boy Scouts? The organization, Landau reminds us, is a “tempting target” for Russia because it has been at the center of a number of controversies over social values issues over the course of its 50-year history – including whether to allow women to serve in leadership roles and whether to allow gay men and boys to join. Russia, Landau suggests, might use these already-heated issues to jump in and “deliberately inflame the debate.”

Landau ends on a stark warning: “The Russians are coming for American society” and people must be ready to “resist” both technologically and socially. Or not: one of her suggestions is to take sharp political disagreements “offline” to make it more difficult for Russia to get involved. While this sounds like taking a “step back to the 1990s,” Landau warns dramatically that there is “little choice.”

Alternately, Americans could exercise some critical thinking skills and not blame Russia for every problem with their society, real or imagined. But that’s precisely what a “Russian meddler” would say, isn’t it?