A retired British general believes Russia would not need to shoot down the UK’s F-35 fighter jets – it would suffice to kill the “40 or so” people who can pilot them. It comes as one of the points in a memo obtained by the Financial Times.

The 10-page document was sent to Defense Secretary Michael Fallon in April by General Richard Barrons, who retired as the commander of UK Joint Forces Command the same month. 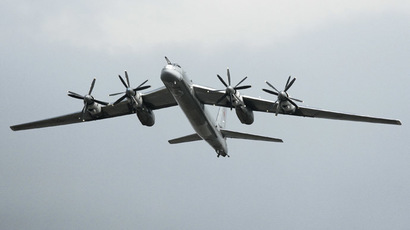 Barrons criticized the state of the British military, saying that it has become used to opposing weaker enemies, and was not prepared for a full-scale war with another advanced nation, singling out Russia as a potential foe.

“The current Army has grown used to operating from safe bases in the middle of its operating area, against opponents who do not maneuver at scale, have no protected mobility, no air defense, no substantial artillery, no electronic warfare capability, nor – especially – an air force or recourse to conventional ballistic or cruise missiles,” the memo seen by the Financial Times said.

The general argued that if Russia started a major air war against the UK, British air defenses would be able to protect “roughly Whitehall only, and RAF fast jets.”

The British military are “by design” undermanned, underfunded and underprepared for a major war, Barrons argued. One of the concerns he voiced was what he saw as overreliance on a small amount of expensive equipment like aircraft carriers or the US-made F-35 Joint Strike Fighters. The general said it would not be necessary to shoot down the advanced warplanes, but rather to “know how to murder in their beds” all 40 pilots the UK has who know how to pilot them.

The perceived threat of Russian aggression has become a stock argument for NATO generals to request additional funding for the military. Last year, the UK government pledged to increase defense spending by $15.6 billion and to meet NATO’s benchmark of 2 percent of GDP by 2020.

However, the desire to reduce the record budget deficit has also affected defense spending.