According to the Isle of Wight MP, the UK will see a “full spectrum” threat from Moscow for years to come, in yet another attempt to foster Russophobia by publishing anti-Kremlin propaganda masquerading as a peer-reviewed study for the Henry Jackson Society (HJS), a think tank repeatedly dogged by controversy.

RT’s Bill Dod spoke to international affairs analyst Marko Gasic about Seely’s attack on Russia – and whether or not the Conservative MP has a point.

“This man doesn’t have a point and it’s probably not even his own point he doesn’t have,” Gasic said. “Essentially his report’s been launched by an outfit called the Henry Jackson Society, which views itself there to give an unadulterated diet of anti-Russia cliches. Once it persuades someone like this chap to go with the flow of that the it presents him as his own man launching his blames and claims against Russia. 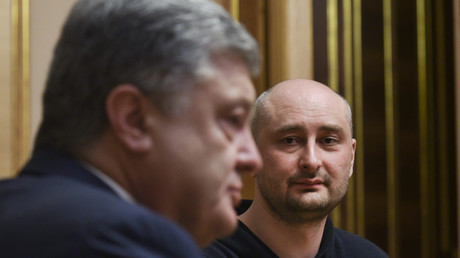 Gasic then explained to RT’s Bill Dod why alternative news stations like RT are so important to Britain’s political landscape. “Most people watch TV and they’ve been trained to believe that RT is owned by Count Dracula,” the international affairs analyst said. “They’ve been programmed in a certain direction and we need another voice – for example this channel – to put the other view so that in parliament they have a dialogue and not this never ending monologue they have at the moment.”

The paper, currently being peddled by Seely and the reason behind the Tory MP’s Russia bashing comments, was published on Monday. The paper was peer-reviewed by staunch anti-Russian academic Dr Andrew Foxall and supposedly two others. Seely, however, fails to identify the others responsible for peer-reviewed the study.