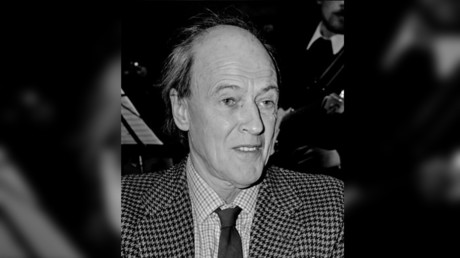 The UK’s Royal Mint rejected plans to mark the centenary of the birth of hugely popular children’s author Roald Dahl over his anti-Semitic views, it has been revealed.

The minutes from a Royal Mint committee meeting held in 2014, obtained by The Guardian via a freedom of information request, showed that the proposal to issue a commemorative coin were axed as Dahl was “associated with antisemitism and not regarded as an author of the highest reputation.”

Beatrix Potter, herself an author of children’s literature among other work, and master playwright and poet William Shakespeare were chosen for commemorative coins instead.

In 2012, the Royal Mail honored Dahl with a series of commemorative stamps celebrating his books including Matilda, Fantastic Mr. Fox, the BFG and the world-famous Charlie and the Chocolate Factory, all of which have been made into film adaptations.

Dahl’s anti-Semitism is often overlooked during commemorative events despite how open he was about his beliefs.

“There is a trait in the Jewish character that does provoke animosity, maybe it’s a kind of lack of generosity towards non-Jews. I mean, there’s always a reason why anti-anything crops up anywhere; even a stinker like Hitler didn’t just pick on them for no reason,” Dahl told The New Statesman in 1983.

READ MORE: Beer made with yeast from Roald Dahl’s chair & belongings to be served up at ‘Dinner with the Twits’

He openly declared his anti-Semitism in a 1990 interview with the Independent. After stating that he felt the “primarily Jewish-owned” media had hushed up the some 20,000 civilian casualties during the Israeli bombing of Beirut, Dahl then doubled down on his beliefs.

“I’m certainly anti-Israeli and I’ve become antisemitic in as much as that you get a Jewish person in another country like England strongly supporting Zionism,” he said. “It’s the same old thing: we all know about Jews and the rest of it.”

The Roald Dahl Company has not responded to media requests for comment.