The risk of interstate conflict is higher now than at any time since the end of the Cold War, according to US Director of National Intelligence Daniel Coats.

The most immediate threats over the next year come from North Korea and from “Saudi-Iranian use of proxies in their rivalry,” Coats said during a Senate Intelligence Committee hearing on Tuesday. “At the same time, the threat of state and non-state use of weapons of mass destruction will continue to grow.”

His statement was accompanied with a detailed assessment of worldwide threats to intelligence community.

He went on to refer to Russia, China, Iran, and North Korea as the “greatest cyber threats” to the US in the next year. According to Coats the four nations are “using cyber operations as a low-cost tool of statecraft.“
“We assess that they will work to use cyber operations to achieve strategic objectives unless they face clear repercussions for their cyber operations,” he said. 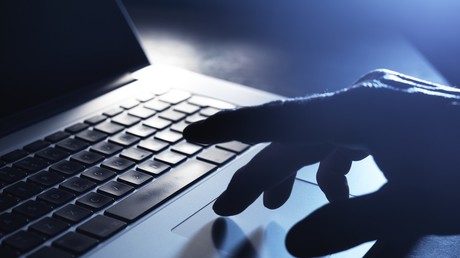 He also said the countries are “testing more aggressive cyber attacks” to be used against the US.

Speaking specifically on Russia, Coats said the US expects that “Russia will conduct bolder and more disruptive cyber operations during the next year, most likely using new capabilities against Ukraine.”

Coats also claimed that China will continue to use cyber espionage and “bolster cyber attack capabilities” to support Beijing’s national security priorities. “Most detected Chinese cyber operations against US private industry are focused on cleared defense contractors or IT and communications firms whose products and services support government and private sector networks worldwide,” according to the national intelligence director.

When it comes to cyber threats posed by North Korea, Coats said the US expects Pyongyang to use cyber operations to raise money and gather intelligence, or to launch attacks on South Korea and the US. He said it likely has “a number of techniques and tools” which it can use for various offensive operations including DDOS attacks, data deletion, and deployment of ransomware.

Regarding the situation in Syria, Coats said opposition is “probably no longer capable” of overthrowing President Bashar Assad or overcoming its increasing military disadvantage.

He also said the US believes its government “has not declared all the elements of its chemical weapons program” to be in line with the Chemical Weapons Convention (CWC) and that it has the capability to launch further attacks.