On Monday, all five members of the Federal Energy Regulatory Commission (FERC) voted unanimously to reject a proposal from the Department of Energy that would require grid operators to provide cost recovery to power plants that keep a 90-day fuel supply on site, which is something that usually only applies to coal and nuclear plants.

The proposed rule would require electricity markets to pay plants for all costs and all the power they produce, whether those plants are needed or not.

In September, Perry issued a Notice of Proposed Rulemaking (NOPR) arguing for an “all of the above” approach to energy. The proposal stated that the “premature retirement” of aging coal and nuclear power plants has has harmed the nation’s energy resilience. 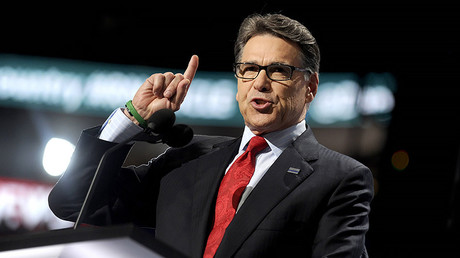 Perry’s proposal said the regulations would make the power grid more reliable and resilient in the event of “disruptions caused by emergencies, extreme weather, or natural or man-made disasters.”

Specifically, it cited the 2014 Polar Vortex, when cold temperatures caused an increased demand for residential heating that one electricity market could not handle. The winter storm nearly caused blackouts in Northeastern several states, and Perry said the loss of generation capacity could have been “catastrophic” without a number of coal and nuclear plants that had been scheduled for retirement.

In addition the proposal argued that if America lost coal and nuclear plants due to “short-sighted” policies, it would “not only weaken our workforce, but will threaten our energy dominance and national security.”

To ensure future resilience, the Department of Energy asked FERC to implement market rules that would “accurately price generation resources necessary to maintain the reliability and resilience of our Nation’s electrical grid.”

Perry’s directive would have required grid operators to pay power producers for their operating costs as well as a profit, as long as the plant was able to provide reliable services and had a 90-day supply of fuel, even if the energy was not needed. 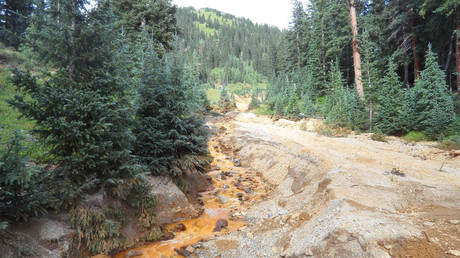 FERC rejected the proposed measures on the basis that it did not show how existing tariffs were “unjust, unreasonable, unduly discriminatory or preferential.”

The commission added the rules were unduly discriminatory or preferential, since it only applied to plants with an on-site 90-day fuel supply, but excluded other resources that had other more resilient attributes.

“Although we terminate the Proposed Rule proceeding as discussed below, we are not ending our work on the issue of resilience,” the Commission said in a statement.

FERC said they have devised a new plan to determine whether the grid can be strengthened. The Commission will ask grid operators to submit their concerns about the resiliency of their power systems within 60 days.

During the 2016 presidential campaign, President Donald Trump promised to reignite the coal and nuclear industries, which have been suffering from closures in recent years due to cheap competition from natural gas and emerging renewable energy sources.

Perry’s directive was criticized by everyone from renewable energy advocates to traditional industries that compete with coal and nuclear.

Renewable energy advocates applauded the commision on their decision to reject Perry’s proposal and seek feedback from grid operators.

Mary Anne Hitt, director of the Sierra Club’s Beyond Coal campaign, called the commission’s decision “a return to reality after months of billionaire coal and nuclear executives pressuring DOE and FERC to illegally setup bailouts for their uneconomic plants.”

“This entire NOPR process has been a comically orchestrated ploy by unscrupulous coal and nuclear executives to handicap their competition because they were foolish enough to think that American electricity customers wanted their dirty, expensive power plants when cheaper, cleaner alternatives are available,” she said.

“We doubt that this will be their last attempt to bailout their failing plants, so we are preparing for their next round of dangerous proposals,” Hitt said in a statement.

“FERC’s announcement is a return to reality after months of billionaire coal and nuclear executives pressuring DOE and FERC to illegally setup bailouts for their uneconomic plants.” My statement for @SierraClub: https://t.co/roVH19b4qm