Jacob Rees-Mogg, the outspoken backbench Tory MP, has warned Chancellor of the Exchequer Philip Hammond his Conservative colleagues may not back tax increases to pay for the government’s £20bn NHS cash injection.

The influential Brexiteer was outlining his concerns on his LBC radio show, telling his listeners that Hammond would be moving into “dangerous territory” if there was any attempt to go back on promises made in the 2017 Tory manifesto to keep taxes low.

Rees-Mogg stated: “The Tory party manifesto said the right thing on taxes. If you say things in the manifesto that you then don’t do, the electorate boots you out. I think it is really dangerous territory not to stick to the principle of your promise as well as the small print.” 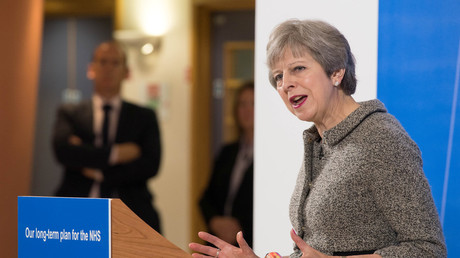 Rees-Mogg, who chairs the European Research Group (ERG), a pro-Brexit group of Tory MPs, also insisted that a “Brexit dividend” could help provide the NHS with much needed cash. He claimed the £10bn the UK currently sends to Brussels could fund the increase for the NHS.

Last week, Prime Minister Theresa May announced plans for a £20bn increase in NHS funding, stating that part of that increase would be financed by a “Brexit dividend” and the rest by tax increases. She was roundly criticized for promising a dividend which some economists claim doesn’t exist. Paul Johnson from the Institute of Fiscal Studies (IFS) stated bluntly: “There is no Brexit dividend.”

It’s the prospect of higher taxes which has made Rees-Mogg agitated, drawing a comparison with Hammond’s embarrassing climbdown on increasing national insurance contributions for the self-employed, in last year’s Budget, breaching the Conservative manifesto.

“I don’t think the Conservative party is here to increase taxes. Philip Hammond seems to think otherwise but he hasn’t yet presented a Budget and he may find there is not a lot of support for tax increases.

“He did try it before. He tried to increase national insurance – and he had to back down – which was a clear attack on the self-employed and was a great mistake.”

May’s £20bn NHS funding announcement has prompted cabinet ministers to push for more cash for their respective departments in the autumn Budget.

Defence Secretary Gavin Williamson reportedly threatened to bring down May unless defense spending increased. However, The Independent reports that allies of Williamson have moved to deny a Mail on Sunday story that claimed the former chief whip had boasted: “I made her, and I can break her.”