MPs have recommend new checks that would see the Cabinet Secretary alert Parliament in order to prevent a prime minister “recklessly” taking the country to war, a new report reveals.

Carried out by the Public Administration and Constitutional Affairs Select Committee (PACAC), the investigation took place in response to a key finding of the Iraq Inquiry – also known as the Chilcot Report – which found there was a distinct lack of Cabinet discussion in the run-up to the Iraq War. 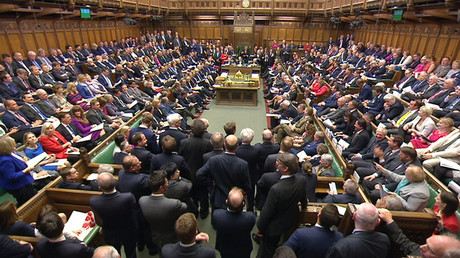 The new report recommends that the Cabinet Secretary, the UK’s most senior civil servant, must be given more power to act if a prime minister decides to take action without properly consulting the cabinet.

At present, the only option available to the Cabinet Secretary, in a situation where a prime minister ignores their advice, is to resign.

The suggested measures would allow for the Cabinet Secretary to ask the PM for a written ministerial direction to ignore the normal decision-making process, the Secretary would then be able to decide whether to make the situation known to Parliament or not.

According to the report: “Such a mechanism would dispel any doubt about the cabinet secretary’s duty to ensure proper decision-making.”

Bernard Jenkin, the Conservative MP who chairs the cross-party PACAC said: “In 2002, Tony Blair promised George Bush that ‘I will be with you, whatever’, committing the UK to war in Iraq without consulting the foreign and defence secretaries, let alone the rest of the Cabinet. Fifteen years later, there are still no safeguards in place within the government to prevent a prime minister acting so recklessly again.”

Jenkin said Prime Minister Theresa May had “assiduously used cabinet and its committees,” adding that he had “great confidence in the current Cabinet Secretary and his commitment to effective decision-making,” he warned of “no guarantee for the future.”

Adding: “It’s therefore a perfect time to introduce such a safeguard, when the system is working well, not to wait for another catastrophic failure.

“Our proposal is modest, and has the support of many former senior civil servants. We expect the government to consider it seriously.”

Other measures recommended include updating the ministerial code to set out a list of matters that would normally be subject to collective agreement. The government said it will “consider the report and respond in the normal manner.” 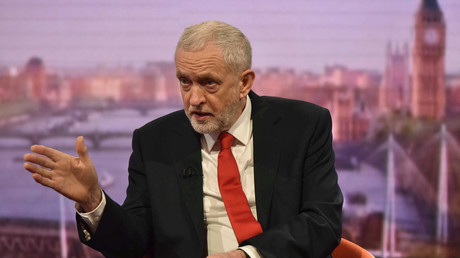 It added: “Ministers are accountable to parliament and civil servants accountable to ministers. Blurring these lines would risk undermining existing lines of accountability.”

“The Cabinet Secretary supports the Prime Minister and the Cabinet, helping to ensure there is robust system so the most important decisions are taken on a collective basis, ensuring that key interests across government are taken into account.”

The report’s recommendations fall short of calls by Labour Party leader Jeremy Corbyn for the introduction of a war powers act which would limit the PM’s ability to launch air strikes without first consulting parliament.

Corbyn’s calls came in April when May’s government joined US and France in bombing Syrian government facilities, after they accused the Assad government of conducting a chemical weapons attack.

The Labour leader, who opposed the attack on Syria, had previously called for similar powers in 2016 saying: “I think what we need in this country is something more robust like a war powers act so governments do get held to account by parliament for what they do in our name.”