A Real IRA leader planned to blow up Prince Charles during his visit to Ireland in 2015, secret police recordings revealed. The tapes were played in court in the trial of Séamus McGrane, who was convicted of directing terrorism and membership of the IRA. 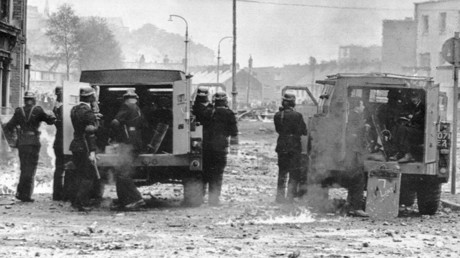 McGrane and fellow plotter Donal Ó Coisdealbha were recorded discussing the plan by the Garda National Surveillance Unit, which had planted recording devices in a Dublin pub the pair frequented. Gardaí had kept the pair under surveillance for the months leading up to May 2015, when Charles and Camilla, duchess of Cornwall, visited Ireland.

In the recording McGrane and Ó Coisdealbha could be heard discussing details of the plot, referring to a target of “military significance” who was to arrive on in Ireland on May 19, the same day as the prince. The court heard how McGrane instructed Ó Coisdealbha, an engineering graduate, to connect with the “the science graduate,” a contact who allegedly provided advice on explosives. Later McGrane told Ó Coisdealbha to link up with another contact, the “motorbike man,” in order to collect explosive devices.

The recordings prompted a search of McGrane’s residences in Louth and Wexford. According to the judge, an “arsenal of weapons and explosives” was found at the addresses.

In December last year, Ó Coisdealbha was sentenced to five-and-a-half-years, after gardaí found a range of weapons, including rockets, detonators, semtex and timing units, in locations connected to the Dubliner. 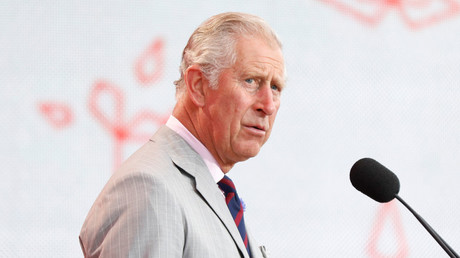 During his visit to Ireland, Prince Charles traveled to Mullaghmore Harbour, County Sligo, where in 1979 his great-uncle Lord Mountbatten was killed by a Provisional IRA bomb. The prince honoued his late uncle, stating in a speech that Lord Mountbatten was the “the grandfather I never had.”

The Real IRA split from the Provisional IRA in 1997, after the latter agreed to a ceasefire. The group, which is designated as a terrorist organization by both the UK and US, sees itself as a successor to the original Irish Republican Army and is considered the most active in resisting the British security forces since the signing of the Good Friday Agreement in 1998. McGrane is set to be sentenced next month.