Some of the the UK’s largest companies are planning to implant their staff with microchips to “improve security” and restrict employees from accessing “sensitive documents,” sparking ethical concerns over such a move.

The Swedish firm, Biohax, which makes human chip implants, claims it is in talks with a number of the UK’s major businesses from the financial and legal sectors, to implant their employees with the devices, the Telegraph reports. 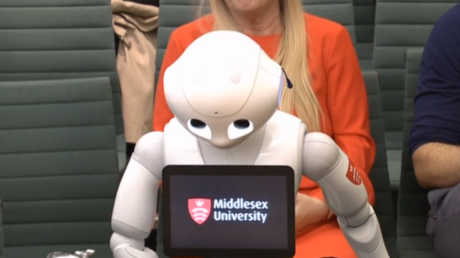 Jowan Österlund, founder and CEO of Biohax who is a former body piercer, told the paper that his microchips, which cost £150 each, could help financial and legal companies enhance security.

“These companies have sensitive documents they are dealing with. [The chips] would allow them to set restrictions for whoever,” he told The Telegraph

Österlund, who says he’s lined up one prospective UK company, with “hundreds and thousands of employees,” insists employers could offer this as an opt-in. “If you have a 15% uptake that is still a huge number of people that won’t require a physical ID pass.”

The prospect of UK companies microchipping employees has sounded alarm bells amongst union leaders and politicians, at what they see as a development which could exploit workers and call into question the ethical rights and wrongs of such a move.

The Trade Union Congress (TUC) is concerned that staff could be coerced into being microchipped. Frances O’Grady, the general secretary said: “Microchipping would give bosses even more power and control over their workers. There are obvious risks involved, and employers must not brush them aside, or pressure staff into being chipped.”

Prominent Labour backbencher, Yvette Cooper, has taken to social media to say it was an “extremely troubling” development. While David Kurten, UKIP’s Education spokesman, has gone as far as claiming the promotion of microchipping humans is simply “grooming propaganda.”

Grooming propaganda for human microchipping is beginning. There must never be any obligation for a human being to be chipped, nor any disadvantage or penalty for refusing a chip. https://t.co/BhWB1hZNyv

UK-based firm BioTeq, which provides the implants to businesses and individuals, has already fitted 150 implants in the UK.

The tiny chips, the size of a grain of rice, are implanted under the skin between the thumb and forefinger, similar to those for pets. They can enable people to open the front door of their home, access their office or start their car with a wave of their hand, and can also hold medical data.

Biohax are planning to open an office in London, according to its website. It claims 4,000 people have been microchipped, predominantly in Sweden. It is working with Statens Järnvägar, the state-owned Swedish train firm, to allow its passengers to travel with chip implants rather than tickets.