Putin is a huge Solzhenitsyn fan, and made this very clear while the writer was alive by publicly meeting him and praising him, (pictures below), and attending his funeral.

Significantly in his speech, Putin criticized the “totalitarian system which brought suffering and severe trials to millions of people”, and praised Solzhenitsyn for criticizing it and for calling for morality.

Solzhenitsyn was a staunch Christian in his later years and urged his countrymen to look to their traditional religion for moral strength.

Ladies and gentlemen, dear friends, Mrs Solzhenitsyn. Today we are unveiling a monument to Alexander Solzhenitsyn – our outstanding compatriot, writer, thinker, a war veteran, who participated in the Great Patriotic War and was a true patriot of Russia. 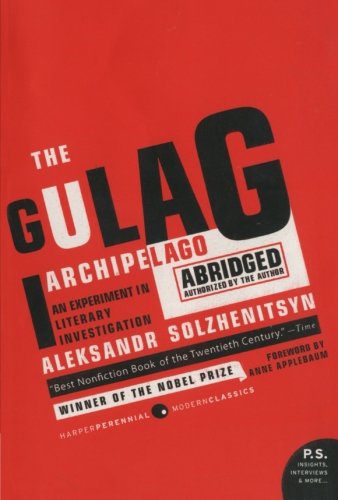 December 11 marks the 100th anniversary of the birth of Alexander Solzhenitsyn. For us, it is not only a day of remembrance and respect, but above all an occasion to revisit his literary, social as well as philosophical heritage, which is woven into the very fabric of the 20th century and continues to be up-to-date – for us, for Russia, and for the world.

I remember well all the meetings with Alexander Solzhenitsyn – his wisdom, his prudence and a deep understanding of history.

His heart and soul, his thoughts were filled in equal measure with pain for the Fatherland and unlimited love for it. These feelings fueled all his work. He clearly delineated the true, genuine, people’s Russia and the totalitarian system, which brought suffering and severe trials to millions of people. But even being in exile, Solzhenitsyn would not tolerate anyone to speak evil or scornfully of his homeland,…