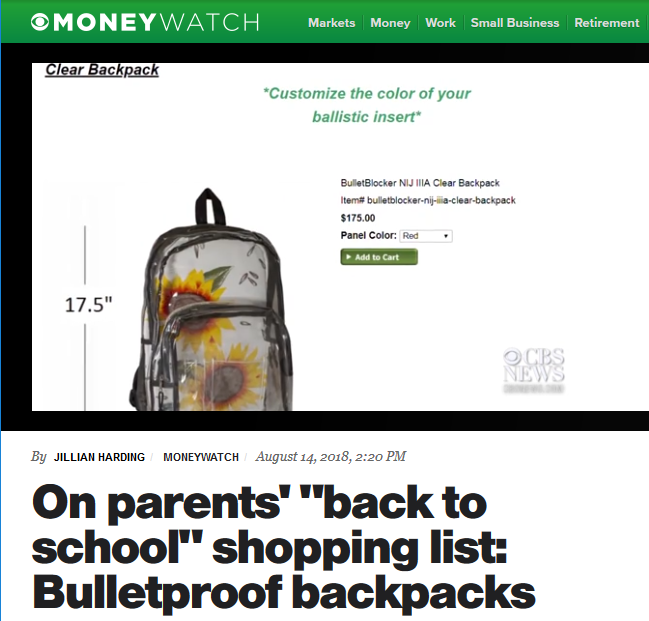 Janine Jackson: Nothing says America 2018 like a spate of stories on how back-to-school shopping includes bulletproof backpacks. Arming teachers and gearing kids up like commandos are presented as more-or-less reasonable responses to concerns about school safety.

Any violence in schools is too much, of course, but a conversation about school safety that’s focused on guns and bullets is a narrow and distorted conversation. Recasting our definition of a “safe school environment” could lead us in some very different directions.

Karen Dolan is director of the Criminalization of Race and Poverty Project at the Institute for Policy Studies, and co-author, with Ebony Slaughter-Johnson and Myacah Sampson, of the recent report Students Under Siege: How the School-to-Prison Pipeline, Poverty and Racism Endanger Our Schoolchildren. She joins us now by phone from Washington, DC. Welcome to CounterSpin, Karen Dolan.

JJ: Take us through what you see as the most salient observations in this report. What were you looking at, and what did you find?

KD: We were looking at the ways in which children can have the most support and the best chance at the best life. And while we are doing this work and this research, the Parkland shooting happened, of course, and it has been in the news a lot, gun violence and school shootings, which of course endanger our public school students. But at the same time, there’s a larger number of students, there’s millions of students, who are also being endangered simply by having their future cut short by excessive expulsions, suspensions, referrals to the criminal justice system, lack of proper supports in school for academics, for social and emotional learning, and for well-being.

And as we hear the discussions on the airwaves, as we read it in the newspaper, as you said, about going back to school, and the Education Department suggesting that we take money away from student supports and put them into arming teachers and putting more cops in the hallways, it’s really exactly the wrong thing that we should be doing. And what we would like to do is see the debate broaden into looking at safety measures in a deeper, more holistic way as our students return to school.

JJ: When you say it’s the wrong thing to do, or the wrong direction, that has to do with the impacts of these punitive, “get tough” school policies, that people often say are aimed at safety, but the fallout from them falls out in certain kinds of ways. 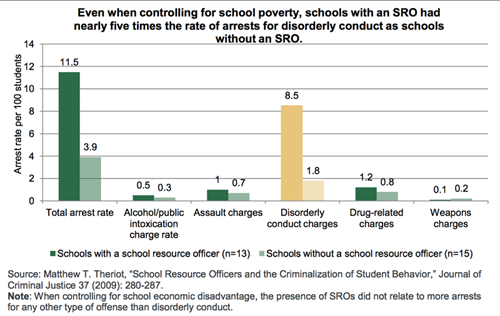 KD: That’s right. The impacts can be very devastating and very long term. So you see everything from a child having one suspension doubling their chances of dropping out of high school, which will affect them for the rest of their lives, to schools that have these “school resource officers”—who are indeed law enforcement officers, armed—that these schools that have the presence of school resource officers have about a five-times-greater instance of referring children to the juvenile legal system. So these are very deep and lasting impacts on children for the rest of their lives, not to mention on their families and their communities at the time that it happens, and on the schools themselves.

JJ: Obviously the reason for the concern, the heart of it is, as you say, the impact on the lives and the education of kids, but I want to underscore that this report is about facts and not feelings. It draws on statistical data to tell a story of what’s going on, and the way these things actually affect folks.

KD: That’s right. So all of the evidence, really, points to the ways in which students are harmed this way and their earning power and their graduation from school are negatively impacted, and we find that the children who are most affected are children that are from poor and low-income families, children with disabilities, black children, immigrant children, Latinx children, LGBTQ children. So children who already have had an historic marginalization in one way or another are feeling the impact even greater in schools that employ these kinds of tactics, and these kinds of punishments, that further put obstacles in their path of being able to have a safe childhood and thrive as an adult.

JJ: Nobody says, “We think black and brown and especially poor black and brown kids should just get used to being policed, being treated as potential criminals, ‘cause that’s how we view them.” You know, that’s not what they say. The claims are about safety and security, presumably as these relate positively to education. So it should matter if you can show that these practices do not, in fact, increase safety. That should have an impact. And for those who are not ideologically committed to punitive discipline, there are alternatives. What does the report have to say about other approaches to school safety?

KD: That’s right. So there are alternatives that have been proven to be effective, whereas these other punitive discipline and zero tolerance policies have proven to be detrimental and destructive to children, not just the children who are being disciplined, but the whole community and the whole school. So on the other side, schools that undertake restorative justice practices, restorative practices in their classrooms or as a whole school, schools that are using social and emotional and academic development within their curriculum, or they’re looking at the whole child, they’re looking at the circumstances in a child’s community or a child’s family, they’re involving family, involving community, they’re involving the children in the way that they can best learn and best be supported. And looking at discipline, rather than retributive or punitive, looking at it as: A harm has happened; how do we restore that harm? How do we make our community whole again? And it still includes accountability, but what it does is it involves all of the stakeholders in the harm that has been done.

And this has been shown to vastly reduce recidivism, and to increase the satisfaction on the part of the person to whom harm has been done, and accountability on the part of the student who has done harm. So when you look at these holistically all together, and you look at the results, that they have a much more positive result, from A to Z. It’s almost impossible to see how anybody would disregard using these practices that are proven to be positive, versus the punitive, zero-tolerance discipline which has been proven to be detrimental. 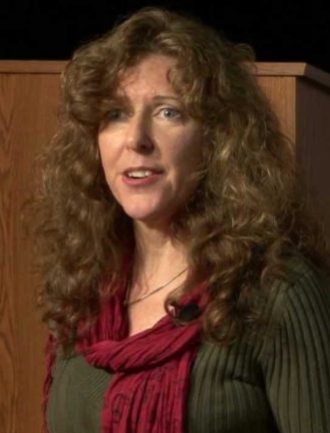 Karen Dolan: “The Education Department has declined to exercise oversight, and has made it clear that they won’t intervene when there are problems with discrimination and overly harsh punitive processes.”

KD: I think she’s been an unmitigated failure with regard to protecting students. I have sat down with her, face to face, around some of the LGBTQ issues, and her department has rescinded most of the protections and guidances that have been put in place to address some of these issues that we know are issues. So the Education Department has declined to exercise oversight, and has made it clear that they won’t intervene when there are problems with discrimination and overly harsh punitive processes, and now have proposed to take funding from these very supports for children, and put them instead into purchasing guns for teachers who don’t want them.

JJ: Wow. Even when things don’t become law it sends a clear signal all the way down, don’t they, that folks respond to?

JJ: Let me ask you what you see as media’s role here. Certainly sensationalist coverage of what school shootings do occur is not helpful, but in terms of the broader set of issues, are there things you’d like to see journalists digging into? Is there anything you’d like to see more of or less of on the part of media?

KD: Yes, I’d certainly like to see them cover more things like what we’re talking about in this report. Cover more the positive results from social and emotional learning, from restorative justice. It’s happening in communities all across the country. Really talk about this when you’re talking about safety. Don’t just talk about the physical aspect of what is still a relatively rare occurrence, or mass shootings in schools, but really what’s happening on a broad scale around the country. What really endangers children in their day-to-day lives at school. I think that the media would do very well to take a look at that, and really report the facts of what’s happening.

JJ: And maybe step outside of casting it as some sort of partisan issue. You know, right wing thinks this, left wing thinks that and, so on. If you put kids—and actual facts—at the center of the conversation, it probably would change it.

KD: Well that’s right. I don’t think that anybody, deep down, feels that the safety of our children is a partisan issue. It’s a matter of understanding what the word “safety” means in a holistic way for the well-being of our children and their future.

JJ: We’ve been speaking with Karen Dolan, director of the Criminalization of Race and Poverty Project at the Institute for Policy Studies. You can find the report, Students Under Siege, on their website ips-dc.org. Karen Dolan, thank you very much for joining us this week on CounterSpin.

KD: It’s my pleasure. Thank you.