For over a year, outlets from FAIR (8/24/16) to TruthDig (1/7/17) to The Nation (8/7/17) to The Intercept (2/12/18) have been warning about the pitfalls of nonstop Russia Is Everywhere and Out to Get Us coverage. The Russians are “stoking discord” and “sowing unrest” and infiltrating online and real-life spaces with memes and rallies and disinformation, corporate media tell us. Did you share Russian disinfo? Twitter and Facebook will let you know. Did you buy into Russian “fake news”? CNN wants to find out. Russia is everywhere, and it’s important the media not only report this fact, but do so over and over and over again, until one is looking for the Russian menace in every interaction.

This narrative, fueled by center-left outlets like MSNBC, Center for American Progress and Mother Jones, has reached its inevitable, sleazy nadir: the smearing of a black activist by an NPR affiliate for the crime of going on a Russian government–funded radio station a handful of times.

Reporter Johnny Kauffman at WABE (4/18/18), an NPR affiliate in Atlanta, did a profile on black activists Anoa Changa and Eugene Puryear. But instead of using this opportunity to highlight the causes they’re fighting for, or the injustices that brought them to become activists, WABE used its considerable resources and influence to talk about, you guessed, Russian influence: 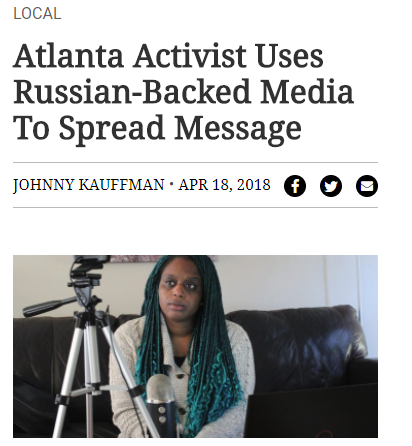 The incriminating headline sets up the premise: Atlanta (black) activists are pawns in a cynical Russian “effort to create chaos”:

By agreeing to appear on two Sputnik programs, Changa gained something hard to find: a bigger platform to broadcast her political views. But Changa’s association with Sputnik may put her credibility at risk, while furthering Russia’s effort to create chaos in the US.

One could be forgiven for thinking “may put her credibility at risk” sounds more like a threat than a neutral observation: Nice reputation you have here, African-Americans who may be thinking about using Russian-backed media. Be a shame if something happened to it. 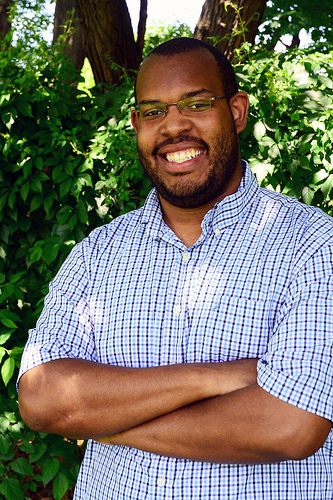 How Changa or Puryear discussing racism and war furthers an effort to “create chaos” is never made clear, unless stating facts about the world that are unflattering to US centers of power is now per se destructive. Does Kauffman mention that Changa has also appeared on the British government–funded BBC and other “mainstream” outlets? No, this would muddy the narrative.

Changa’s crime is simply appearing on Eugene Puryear’s radio show, By Any Means Necessary. Puryear, in turn, is guilty of collecting a salary from a station funded by Russia—a distinction Kauffman makes in passing, but moral delineation isn’t really the point; the point is to create the image of restless black leftists carrying out Moscow’s agenda.

The piece then quotes international relations professor Robert Orttung for the obligatory scare lines about how sinister Russian propaganda is. “Those platforms are set up for the sole purpose of promoting the Kremlin line,” Orttug tells WABE. “The idea is to create as much chaos as possible because the Russians see it as a zero-sum game, where anything that weakens us is going to strengthen them.”

Who “us” is in this equation, or how “we” are weakened by black activists critiquing US imperialism and racism, is not explained. The white professor has told the white NPR reporter that this nebulous “us” is being undermined, and that’s that.

Orttung is referred to an “associate research professor of international affairs at the George Washington University,” but what Kauffman ignores, ironically, is that Orttung is himself an agent of government propaganda. Orttung is on the International Forum for Democratic Studies Council at the National Endowment for Democracy, an organization set up in 1983 by the US government—specifically Ronald Reagan—as a “soft power” tool in the Cold War. NED’s budget is almost entirely provided by the US government ($170 million in 2016 alone) and those who work for the NED are, by Kauffman’s own standard, agents of influence for a government entity. (Orttung’s perch at GWU, the Institute for European, Russian and Eurasian Studies, is also funded in part by the US State Department—as well as by the government of Kazakhstan.)

Is this mentioned? Is this disclosed, so one can maybe put in broader context how talking heads like Orttung are “US-backed pundits” using US-backed public radio “to spread a message”? Of course not, because money distributed by the US government is, for reasons that are never fully explained, never corrupting or influencing. Only rubles turn media into “propaganda”; dollar bills are presumably laced with an anti-corruption chemical that prevents venality and careerist conformism.

Changa, for her part, says she was misled about the nature of the story, and has expressed her frustration over how she was portrayed in a Twitter thread that’s worth reading:

So let me tell you why the @wabenews piece on me and my “Russian” connections ie @bamnecessary is racist, and later I will put out my constant explanations and distinctions that were ignored when I was asked for clarification. they had their own narrative that was not disclosed.

Kauffman does quote Puryear taking issue with the narrative—otherwise embraced by the piece—that talking about racism is part of a plot to undermine the United States: “So raising Black Lives Matter issues is divisive in America?” he says. “I mean, I think what’s divisive is racism and police brutality.” But the public radio reporter trumps that argument by employing the known Soviet propaganda tactic of “whataboutism”: by insisting its the Russians who are the real racists!

NPR’s national news desk did a similar sleight-of-hand in March, when it noted concerns from black users on Twitter about potentially racist coverage of the Austin bombings (which killed two African-Americans), and instead of doing any media analysis to see if there was, in fact, bias in the coverage because the victims were black, it focused instead on alleged “Russian bots” amplifying these concerns (FAIR.org, 4/5/18). 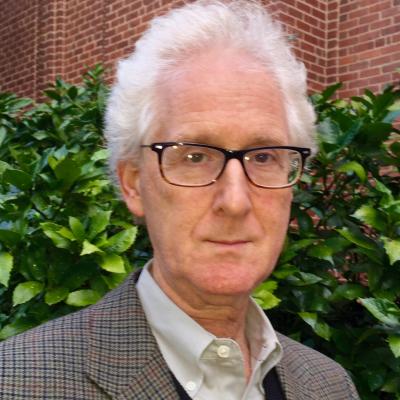 The piece ends with Kauffman narcing on Changa to one of her political allies, in an obvious attempt to create a chilling effect for others. WABE puts a microphone in front of congressional candidate Richard Winfield’s face and asks him what he thinks about Changa being associated with the stain of “Russian influence”:

Winfield said he didn’t know Changa was a regular on Sputnik, but if he did, he wouldn’t have agreed to appear on her personal podcast.

“It raises the possibility of people impugning not just me,” said Winfield, “but the political positions I’m advancing and distracting from the power of these positions.”

There is no other way to read this other than a veiled warning to those on the left thinking about exploiting Russian-backed media to advance their cause: Touch Sputnik or RT and your reputation will be harmed, if not by the natural course of events, then by Russia-obsessed media on the lookout for Kremlin stooges, no matter how obscure or powerless they may be.

At no point do NPR or WABE lay out which government funding is corrupting and which isn’t. Yours truly collects checks from Al Jazeera for freelance work now and then, a network funded by a government that has ties to extremists in Syria and punishes homosexuality with imprisonment. NPR gets 14 percent of its budget from a government that incarcerates more people than any other nation, is currently bombing seven countries and is guilty of multiple human rights abuses over the past two decades. Is that OK? Does that make Adam Johnson and Johnny Kauffman stooges of Qatar and the US, respectively? If assumptions about “Country X–backed media” are used to smear those who take a check—or even come close to those who take a check—from Russia, there should be a consistent standard for everyone.

But no such standard will be forthcoming. Because no one is interested in a robust and honest conversation about foreign or government influence on the media. What US media are interested in doing, instead, is singling out Official Enemies and using them as a bludgeon to marginalize the already-marginalized, to sully those who make substantive critiques of US society and empire without apology. Instead of engaging with Changa and Puryear’s years of activism, WABE would rather run racist middlebrow schlock, reducing black activists to Russian pawns for the white tote-bag set.

Messages to WABE may be sent here (or via Twitter: @WABEnews). Please remember that respectful communication is the most effective.