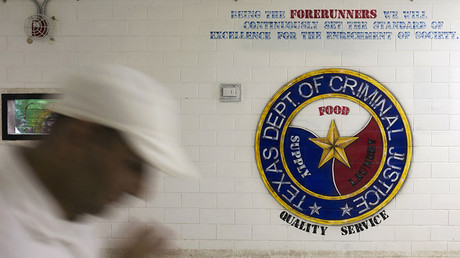 Migrants convicted of immigration offenses may have hoped for the American Dream, but got the American nightmare that is privatized prisons. The Department of Justice found that private prisons are more punitive and unsafe than other federal prisons.

There are 14 prisons that are privately operated but belong to the federal system. Those are exclusively used to incarcerate low-risk criminals convicted of immigration offenses. Despite the low-risk offenders, the Department of Justice (DOJ) released findings that these private prisons are more dangerous than ones operated by the federal government with comparable inmate populations.

The report found: “With the exception of fewer incidents of positive drug tests and sexual misconduct, the contract prisons had more incidents per capita than the BOP [Federal Bureau of Prisons] institutions in all of the other categories of data we examined.”

In addition, the report claimed that the prisons visited by the DOJ all received citations by the BOP for “safety and security deficiencies.” However, the report notes that the issues noted by the BOP were quickly resolved.

When it came to other issues across the prisons operated by the three corporations running prisons for the government, they were numerous and seemingly less easy to fix. For example, the report found “contract prisons had higher rates of assaults and uses of force.” In fact, inmate on inmate assaults was 28 percent higher in contract prisons.
Despite the higher rates of assault, the inspection found the ironically named Eden detention center’s staff did not discipline inmates over half the time they were cited for disciplinary incidents.

The rate of assaults on staff was also higher in contract prisons. The report notes that one of their contract prisons was responsible for 29 percent of all assault on staff spread out over the 14 different prisons run by contractors. However, when that prison changed its personnel, “its performance had noticeably improved.”

This is particularly interesting because the inspection found that contract prisons had over twice as many grievances with staff than in BOP prisons.
Another issue is that two out of three of these corporations were housing new inmates in Special Housing Units (SHU). For everyone who isn’t into “Orange is the New Black,” the SHU is a disciplinary housing segregation that keeps prisoners in solitary confinement.

None of this comes as a surprise to the American Civil Liberties Union. Carl Takei, a staff attorney with the ACLU, told The Guardian: “This is the latest in a whole series of reports and investigations that have found very serious issues with Bureau of Prisons shadow systems of private prisons.”

“Federal officials should be reconsidering their alliance on private prisons and developing plans to begin canceling these contracts, rather than continuing this experiment,” she added.