1 in 5 young Americans view US flag as symbol of hate; 1 in 3 believe it is OK to burn it

A new YouGov poll has found that significant numbers of Americans hold extreme views on the country, with almost half of younger people saying they do not believe the US to be ‘great’ now or that it will ever be great in the future.

The poll, titled “State of American Patriotism”, was commissioned by the Foundation for Liberty and American Greatness (FLAG), a non-profit Patriot group that says it is committed to “educating Americans about the values and principles that make our nation exceptional. ”

Among other startling findings, the survey reveals that four in ten millenials say it is OK to burn the US flag, with one fifth saying they see it as “a sign of intolerance and hatred.” 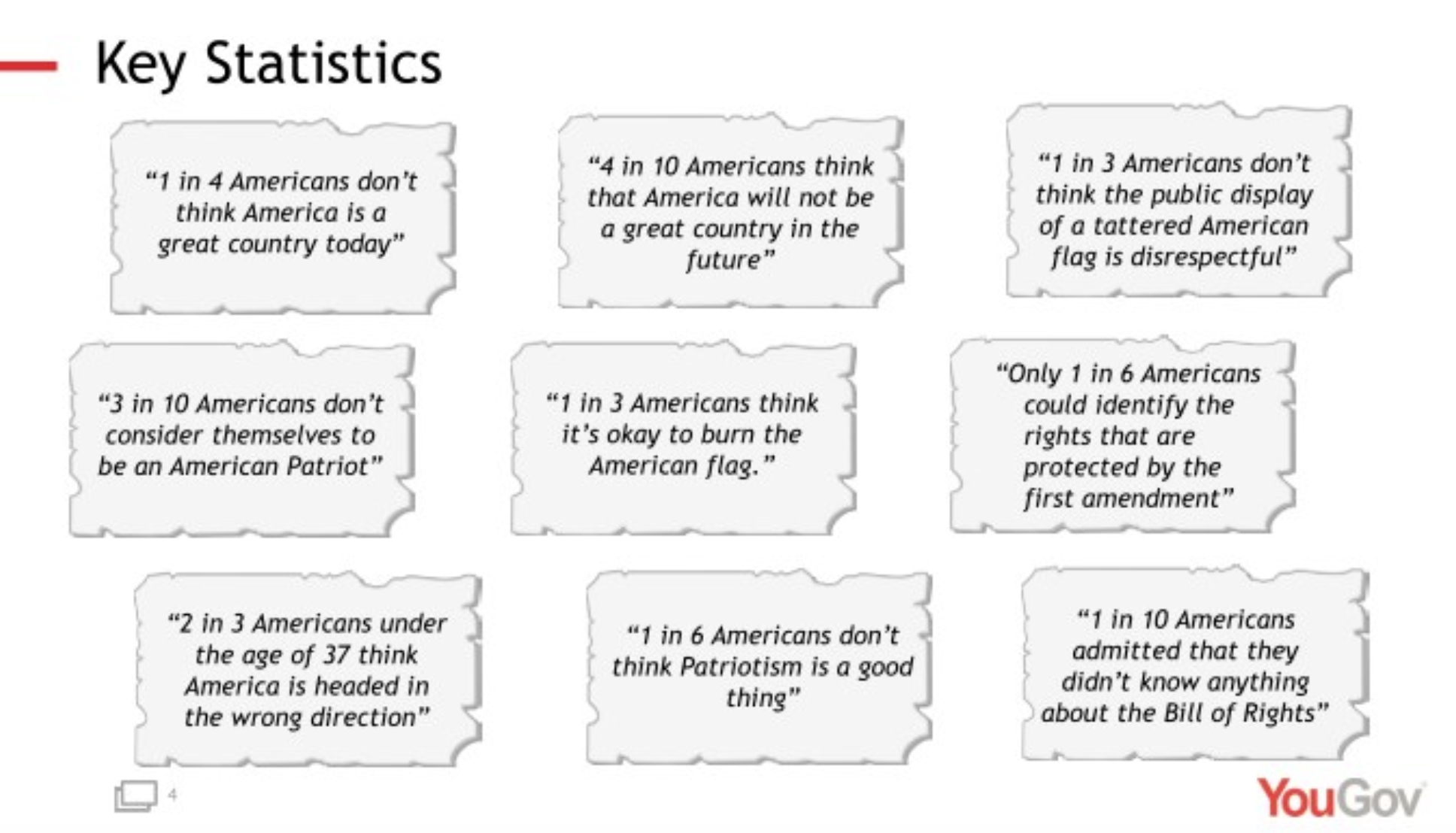 Also, shockingly, the poll found that 84 percent of Americans of all ages are unaware of the specific rights enumerated in the First Amendment.

The survey also found that HALF of all Americans believe the United States is sexist and racist, with 38 percent of younger Americans disagreeing that “America has a history that we should be proud of.” 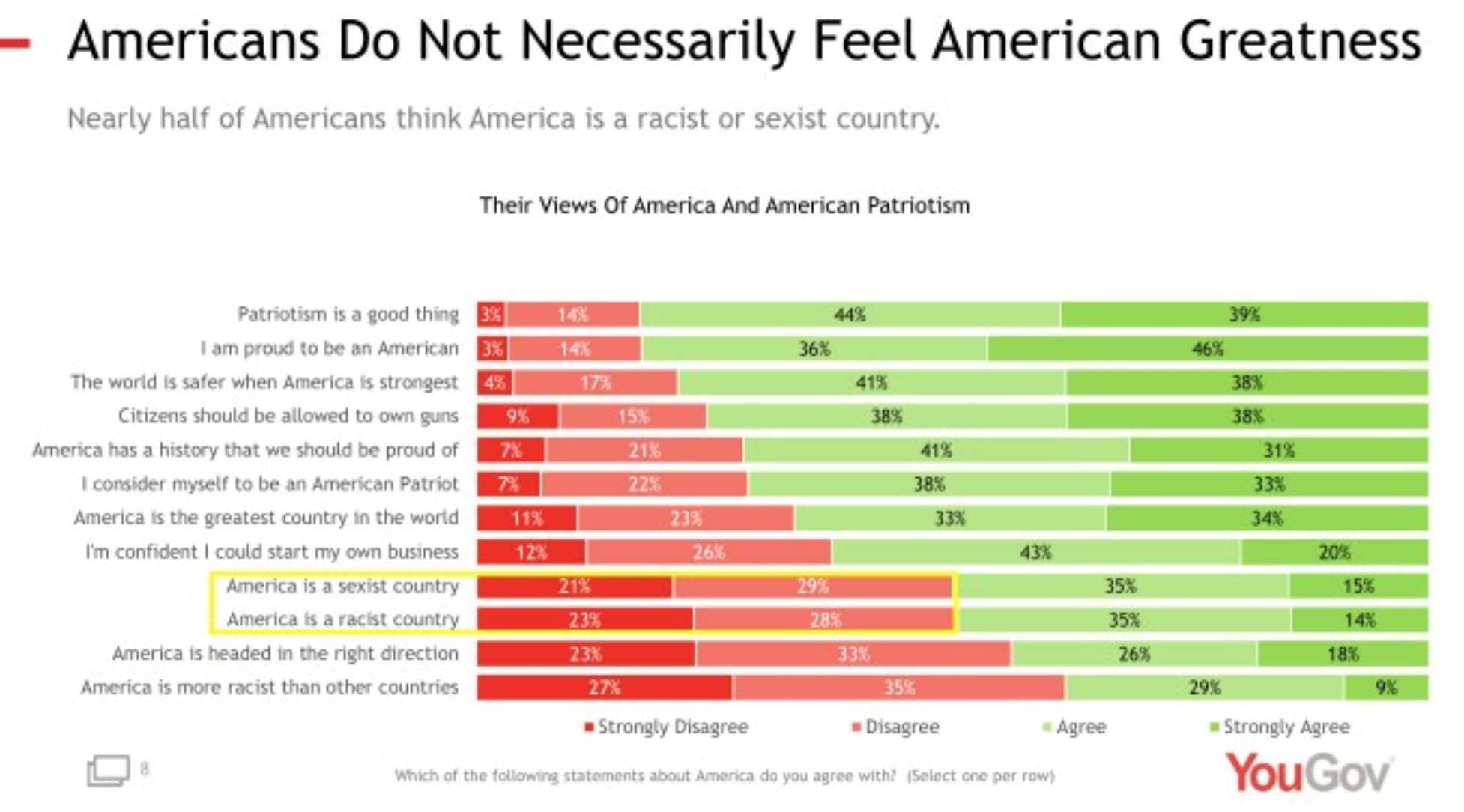 In addition, 44 percent of younger Americans believe President Obama had a “bigger impact” on America than George Washington. 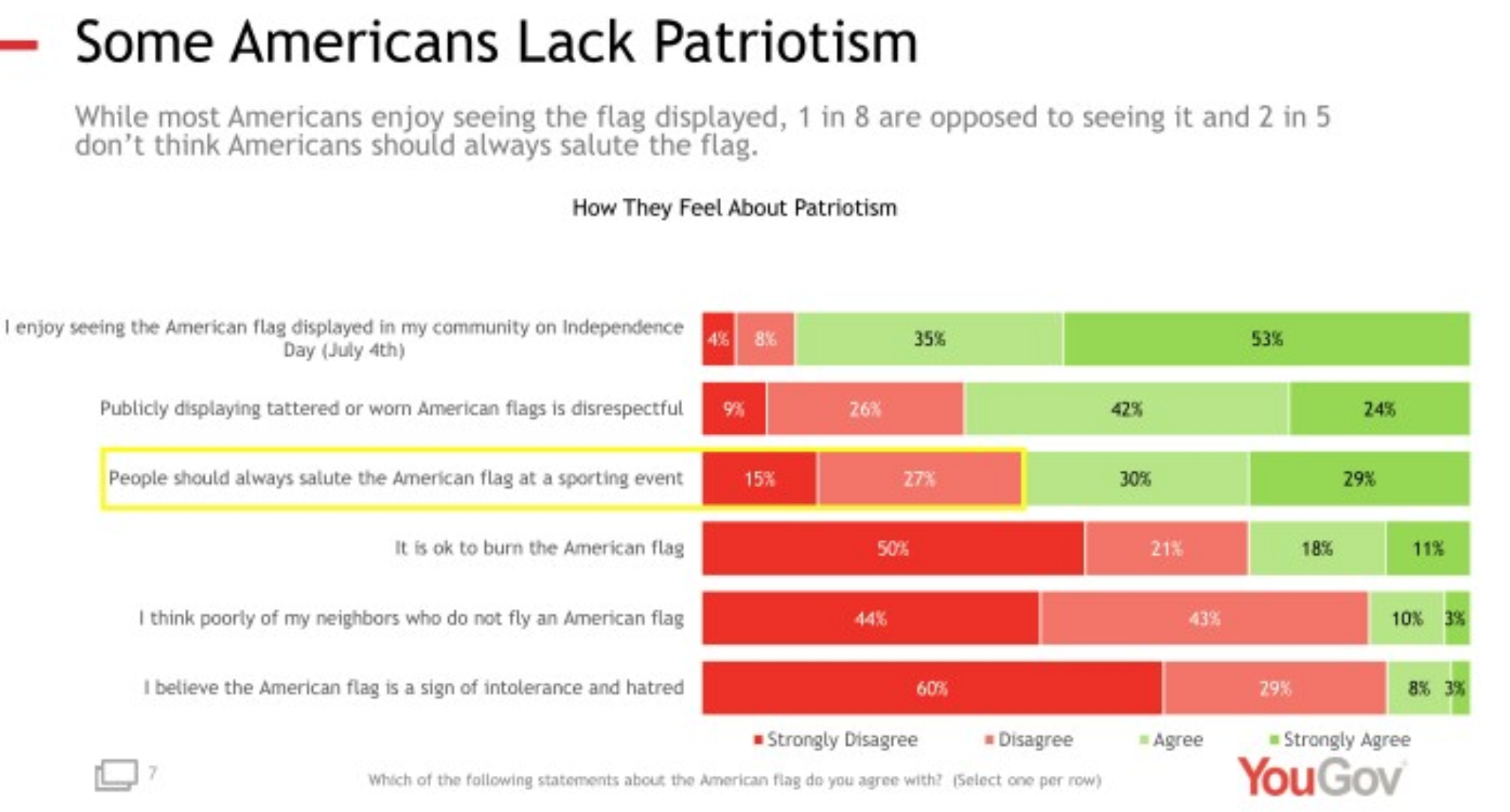 Nick Adams, founder of FLAG, commented “We suspected that we would find decreasing numbers of Americans well-versed in our nation’s most important principles and young people less patriotic than the generations that came before, but we were totally unprepared for what our national survey reveals: an epidemic of anti-Americanism.”