A CHINESE factory worker has survived being skewered with TEN metal spikes when a machine malfunctioned.

The 49-year-old, named as Mr Zhou, was working on the night shift at a porcelain factory in Hunan province when he was struck by a falling mechanical arm. 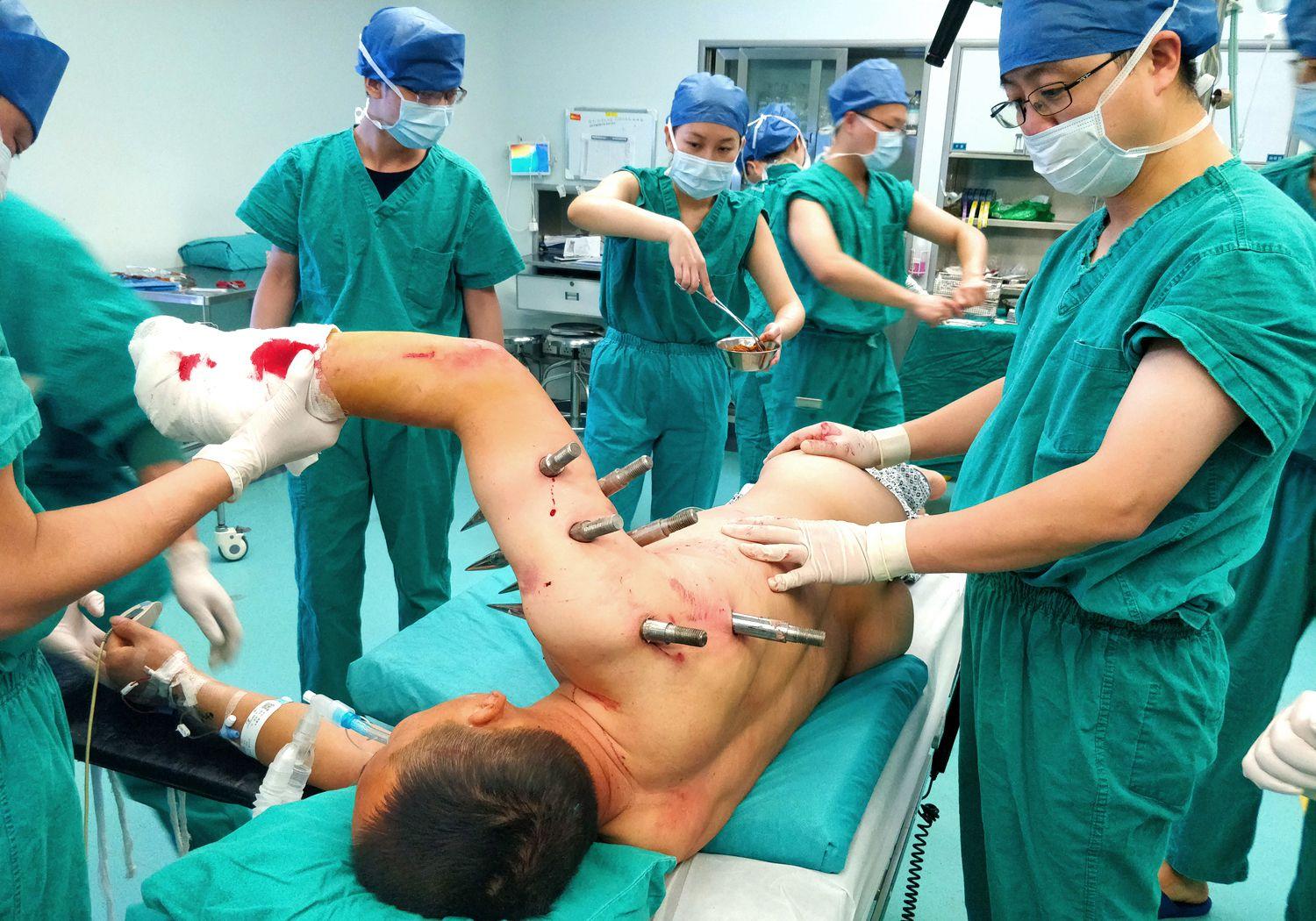 The accident resulted in him being impaled with foot long, half-inch thick metal rods, the People’s Daily reported.

He was first taken to a local hospital before he was transferred to the Xiangya Hospital of Central South University due to the severity of his injuries.