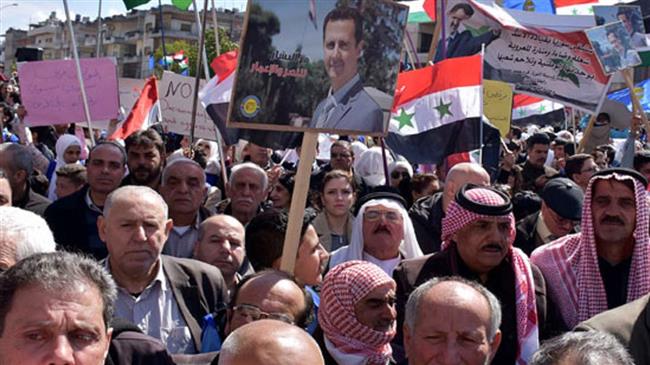 People have held protests all over Syria to denounce the United States’ recent move to recognize Israeli “sovereignty” over the part of Syria’s Golan Heights that has been occupied by the Tel Aviv regime.

The rallies took place in the Syrian capital, Damascus, as well as other cities in the country’s north, west, south, and east on Tuesday, the official Syrian Arab News Agency (SANA) reported.

A day earlier, US President Donald Trump took a markedly controversial move by proclaiming the Israeli-occupied part of the Golan Heights as Israeli territory.

The highlands have been under Israeli occupation since 1967.