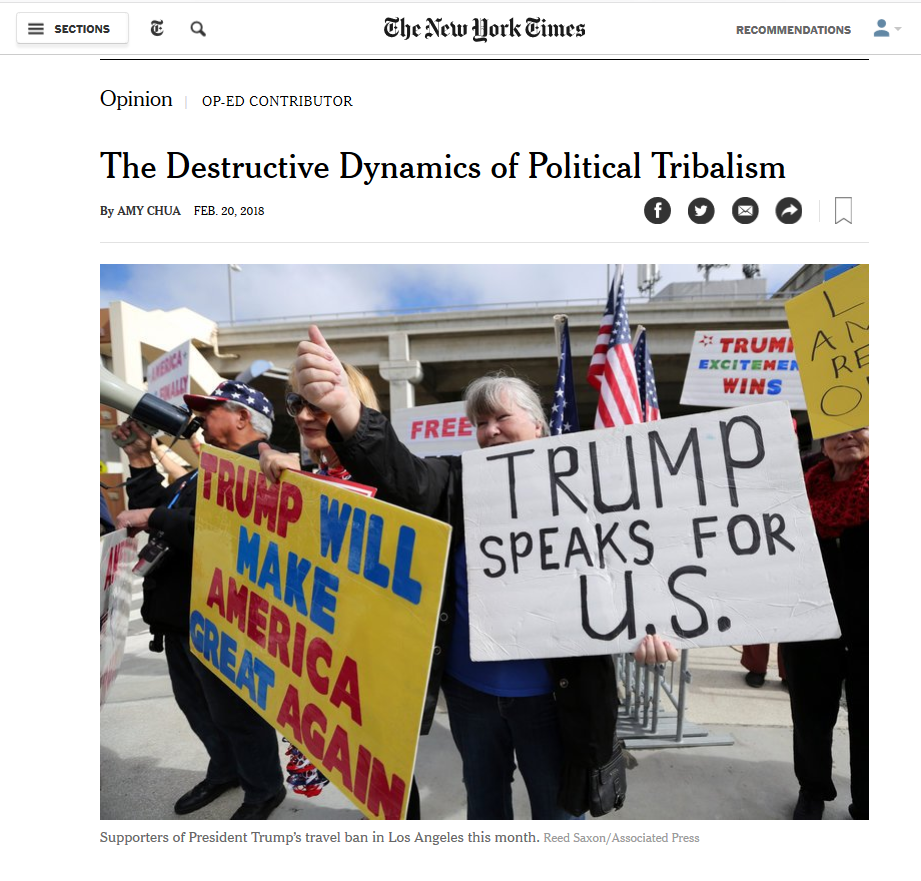 Amy Chua (New York Times, 2/20/18) writes that “by their very nature, markets and democracy coexist in deep tension,” because “capitalism creates a small number of very wealthy people, while democracy potentially empowers a poor majority resentful of that wealth.”

It is amazing how frequently we hear people asserting that the massive inequality we are now seeing in the United States is the result of an unfettered market. I realize that this is a convenient view for those who are on the upside of things, but it also happens to be nonsense.

The latest nonsense-pusher is Amy Chua, who warns in a New York Times column (2/20/18) about the destructive path the United States is now on, where a disaffected white population takes out its wrath on economic elites and racial minorities. The key part missing from the story is that the disaffected masses really do have a legitimate gripe.

We didn’t have to make patent and copyright monopolies ever longer and stronger, allowing folks like Bill Gates to get incredibly rich. We could have made Amazon pay the same sales tax as their mom-and-pop competitors, which would mean Jeff Bezos would not be incredibly rich. We could subject Wall Street financial transactions to the same sort of sales taxes people pay on shoes and clothes, hugely downsizing the high incomes earned in this sector. And we could have rules of corporate governance that make it easier for shareholders to rein in CEO pay.

None of the rules we have in place that redistribute upward were given to us by the market. They were the result of deliberate economic policy. (Yes, this is the topic of my [free] book Rigged: How Globalization and the Rules of the Modern Economy Were Structured to Make the Rich Richer.) It is understandable that the losers from this upward redistribution would be resentful, and they likely are even more resentful when the beneficiaries of the rigging pretend that it was just a natural outcome of the market.