British prime ministers will retain the power to bypass ministers and send troops to war after the Government rejected pleas for tighter controls. 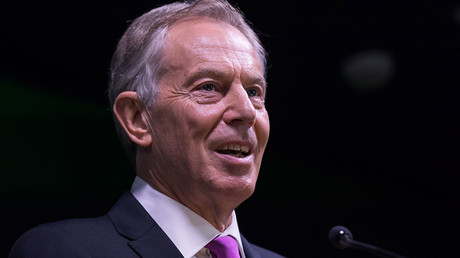 The then-Labour PM Tony Blair’s decision to back the US and send the UK troops to war in Iraq, without furnishing his cabinet with full details, was named as a key failing in the Chilcot report that delved into the 2003 invasion. Despite the criticism the Tories want to allow leaders to keep the ability to bypass their cabinet.

Blair infamously backed then-US President Bush’s war, writing him a letter stating that he was “with you, whatever.” While John Burton, Blair’s long-time political agent in his Sedgefield constituency, notoriously suggested that Blair’s religion led him to war, stating that the then-PMs decision to join the invasion was seen by him as “all part of the Christian battle”.

In a review, MPs found it was still “too easy for a prime minister to disregard cabinet procedures”. However, the claims and subsequent recommendations were rejected by the government.

The Public Administration and Constitutional Affairs Committee (PACAC) said it was “disappointed” that the May administration rebuffed key demands for greater scrutiny.

PACAC stated: “The committee is disappointed with the Government’s response given the clear evidence of the need for improvements to public inquiries and government decision-making that the committee received.

“It is particularly concerned about the Government’s failure to accept the case for stronger safeguards to ensure proper collective consideration by the Cabinet on decisions of national importance.”

A critical Commons report which followed the Chilcot Inquiry found Parliament “could have been more critical and challenging of the government at the time”.

Recommendations were put forward which suggested the cabinet secretary – the head of the civil service – should be able to formally object to a decision if it has not been taken following the correct route.

Lindsey German, Stop the War Convener, told RT that “every safeguard” should be in place to prevent a deadly war like the one in Iraq.

Between 2003 and 2013 an estimated 400,000 people died as a result of the conflict, among them civilians and troops from the US and the UK, among other nations.

Long-time anti-war campaigner German said: “It is not surprising but it is nonetheless a scandal that the government is disregarding the Chilcot report and the opinion of millions in this country.

“The decision to go to war is one of the most serious that can be taken. It was badly abused over Iraq. Every safeguard should be in place to prevent another Tony Blair from taking us into [an] illegal war.”

Downing Street however said there is “not an absence of safeguards” and such measures would erode trust and invite “antagonism” between officials and the prime minister.

The Government highlighted the creation of the National Security Council since the inquiry as a measure which protects against a repeat of history.

The Government said: “It is inconceivable today that we could take a premeditated decision to commit combat troops without a full and challenging discussion in the National Security Council, on the basis of full papers, including written legal advice, prepared and stress-tested by all relevant departments, with decisions formally minuted.”