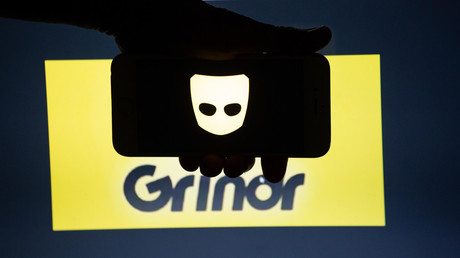 An airplane passenger in the US was hit on by a pilot mid-flight… through the gay dating app Grindr. The 27-year-old student shared the creepy exchange on Twitter – and captured the internet’s imagination in the process.

The message exchange happened on a flight from Minnesota to Chicago in August, JP Thorn revealed to the New York Post on Wednesday. When the flight landed and Thorn’s mobile service reconnected, his phone pinged – revealing the message from the man who had only been feet away from him. “I see you’re on my flight,” it read. “Enjoy the ride to Chicago.”

He shared a screenshot of the message on Twitter, in a post that has since gone viral with netizens cheering Thorn on, sharing median pilot salaries (and the odd joke about a cockpit).

According to Thorn, the message was sent 30 minutes before the plane landed. He also claimed that the dating app placed the person who sent the flirty message as being 90 feet away from him, and that his profile included a picture of the sky taken from a plane cockpit.

They don’t call it the cockpit for nothing😂😭

“My deductive reasoning led me to believe that he was the pilot,” Thorn told the Post. “I messaged him back and he told me that he was one of the pilots.”

The Hamline University student immediately knew he needed to get off the plane as quickly as possible. “I’ve had some weird experiences with proximity stuff on Grindr,” Thorn said.

Despite his initial anxieties over the creepy online message, Thorn says that he continued to talk to the pilot through the app after he had disembarked and was on his way to his connecting flight. He said that if he didn’t have another plane to catch, he would have met the aviator, and even described the pilot as a “nice guy.”

“He asked me about our flight, how it was on the way, and [the conversation] was really standard,” the 27-year-old said. “I said there was no turbulence, then he made a joke about turbulence.”

Thorn has since deleted the app and has lost touch with mystery man of the skies.