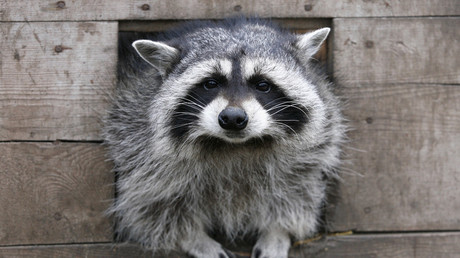 A musician has been dubbed the ‘Pied Piper of New York’ after he mysteriously lured almost two dozen raccoons out of the woods by playing a tune on his Native American flute.

Beguiling footage shows Eddy Lawrence standing on the side of the road in Brasher State Forest, St Lawrence County playing his flute – surrounded by seemingly appreciative raccoons. As he continues to play on, more of the furry creatures emerge from hiding and join the huddle.

At least 20 raccoons responded to the ‘pied piper’s’ call, according to his friend who filmed the captivating clip.

Lawrence lives at the reservation and usually play his flute for the birds and other animals inhabiting the forest. The original clip was filmed on September 20 and has garnered more than half a million views in the days after its posting online.