After a string of horrific PR disasters saw elite US soldiers arrested for drugs, abuse, rape and murder, the Pentagon is cracking down on disciplinary issues in its Special Operations Command, according to a new report.

With “allegations of serious misconduct” piling up too high to ignore after two decades of war, General Raymond ‘Tony’ Thomas, head of Special Operations Command, and Owen West, head of Special Operations and Low Intensity Conflict for the Pentagon, have outlined an ambitious 90-day plan to find out how the military’s most elite corps lost its way. 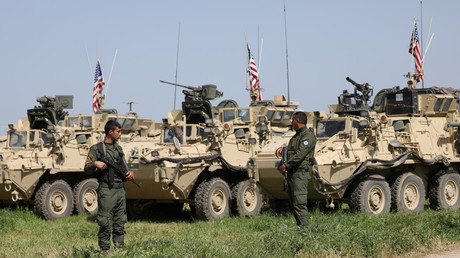 The first of its kind, the professional assessment is intended to “review and reinforce ethical and conduct standards,” according to documents acquired by the Washington Times.

“The first step in any treatment program is admitting you have a problem,” an unnamed Special Operations Command official told the Times. “Special operators want to be known for the vast accomplishments and sacrifice of the team in defense of our nation, not the misdeeds of the rotten apples.”

And there are a lot of rotten apples. In the 7th Special Forces Group alone during the past year, officers have been arrested for attempting to smuggle cocaine out of Colombia, raping two young girls at their home near Eglin AFB, killing a spouse, and beating a wife and child.

The deplorable state of military discipline has worried Congress enough to insert a provision in the last defense authorization bill, directing Defense Secretary Jim Mattis to review USSOC’s ethical and professional standards. Rep. Jackie Speier (D-CA) also sponsored legislation last year to require USSOC and Pentagon Special Operations chiefs to conduct a review after hearing of a SEAL townhall meeting, at which soldiers were warned to curtail what had become widespread use of illicit drugs.

Two members of the famed SEAL Team 6 face murder charges – as well as conspiracy, hazing, burglary, and obstruction of justice – related to the death of Army Green Beret Staff Sgt. Logan Melgar last year in Mali, where he was allegedly choked to death in retaliation for his threat to go public with information that they were embezzling funds intended for intel-gathering operations.

SEAL Edward Gallagher is accused of stabbing an Islamic State detainee to death in Iraq after other members of his team had treated the man’s injuries. Gallagher is also accused of premeditated murder and aggravated assault for shooting civilians in Iraq, and around 20 other SEALs and Navy officers are implicated in the case.

Also on rt.com
Military action results in growing terrorism, US should pull out of Afghanistan – US veteran


Army Major Mathew Golsteyn could face the death penalty over the murder of a suspected Afghan bombmaker who he believed to be responsible for the deaths of two of his colleagues. Golsteyn confessed to the crime in a CIA polygraph interview but insists that he did nothing wrong. His family has asked US President Donald Trump for a pardon.

According to Gen. Thomas, the performance and ethics review will “study the correlation between operational trauma and behavioral health,” particularly whether prolonged combat stress influenced any of the men’s misdeeds. With the US locked in perpetual wars – in particular, the ‘War on Terror’ over the past two decades – it’s no wonder that even elite servicemen’s psyches are showing wear and tear.

And as recruitment numbers falter, the bar for being mentally fit for duty creeps lower. The Pentagon is now allowing waivers for recruits with history of self-harm, substance abuse, and bipolar disorder; as well as redeploying soldiers still coping with PTSD to warzones like Afghanistan and Iraq – possibly setting itself up for new scandals linked to abuse by unstable servicemen.