The Pentagon is considering allowing Kurdish fighters to keep their US-supplied weapons after American forces withdraw from northern Syria, breaking a promise it had made to Turkey, a media report reveals.

US commanders preparing for the troop pullout from Syria have recommended that Kurdish militias be allowed to keep weapons and equipment provided by the US military, according to American officials who spoke with Reuters. The Pentagon is mulling the possibility as it draws up its plan for exiting Syria. A final decision on the matter will have to be approved by President Donald Trump, who ordered the withdrawal of all US forces from Syria earlier this month. 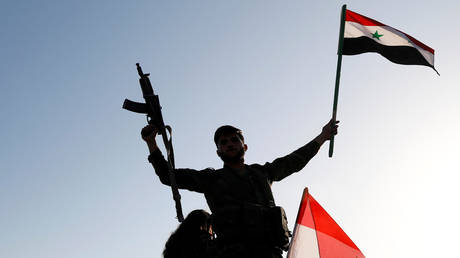 The US began supplying arms and military hardware to YPG fighters in May 2017, ahead of an offensive to take Raqqa, the de facto capital of Islamic State (IS, formerly ISIS).

The United States told Turkey that Kurdish fighters would be required to return their US-supplied weapons after the defeat of IS. However, one official who spoke with Reuters said that locating all the weapons and securing their return would be close to impossible. Another unnamed official argued that it would be irresponsible to demand the weapons back, since the Kurdish YPG are still clearing out the remnants of Islamic State from northeastern Syria.

The situation is further complicated by Turkish threats to launch an offensive against the YPG, which Ankara claims is a terrorist group. Turkish military forces were spotted crossing into Syria on Friday.


On the same day, the Syrian Army reportedly entered the Kurdish stronghold of Manbij, after the YPG called on Damascus to help defend the city from a Turkish attack.