The Pentagon funded Afghan military and security forces despite knowing that some of them were involved in numerous human rights abuses, including sexual assaults on children, a government watchdog says. 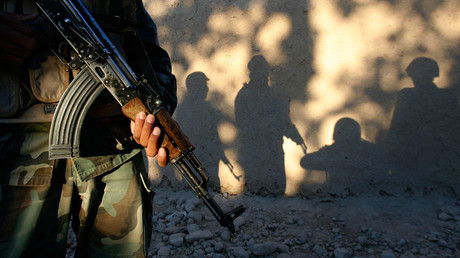 The stunning revelation came in the form of a declassified report by the Special Inspector General for Afghanistan Reconstruction (SIGAR), a US government agency tasked with delivering independent oversight of reconstruction projects and activities in Afghanistan.

The 63-page document – parts of which were heavily redacted – maintains that the Obama administration funded the Afghan military, which it knew was committing human rights abuses, including sexual assaults on children. It was composed back in June 2017, but was cleared for publication on January 18.

The Pentagon funded 12 Afghan units complicit in 14 human rights incidents in 2013, the SIGAR report said, adding that nine additional units received US funding with some limitations on the use of the money.

A law in the US called the Leahy Law forbids the US military and the State Department from funding foreign military or police units in cases where there is reliable evidence that the units have carried out gross violations of human rights.

Despite the Pentagon and the State Department being aware of confirmed human rights violations committed by the Afghan forces, a legal loophole in the DoD’s Appropriations Act allows the Leahy Law to be bypassed when support for the units in question is essential for a “national security concern.”