US Secretary of Defense James Mattis has brushed off speculation that North Korea is using the 2018 Winter Olympics to “drive a wedge” between the US and South Korea, its traditional ally in the Asia-Pacific.

“It is too early to say if … using the Olympics in a way to reduce tension [is] going to have any traction once the Olympics are over, we can’t say right now,” Mattis said, as quoted by Reuters while en route to Rome. 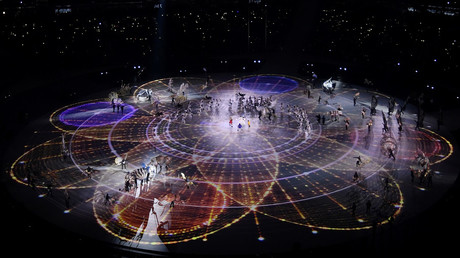 “In the midst of all this, [Kim] ran a military parade that highlighted his ballistic missiles. That’s a very strange time if, in fact, he is trying to feel warming to the country that he has attacked repeatedly as an American puppet, [so], it’s too early to tell,” he continued.

This echoes US Vice President Mike Pence’s sentiments that, despite the recent rapprochement, there will be no official change in US policy toward North Korea until the country abandons its nuclear weapons program.

“The point is, no pressure comes off until they are actually doing something that the alliance believes represents a meaningful step toward denuclearization,” Pence said, as quoted by The Hill.

“There is no daylight between the United States, the Republic of Korea, and Japan on the need to continue to isolate North Korea economically and diplomatically until they abandon their nuclear ballistic missile program,” he added.

Meanwhile, President Moon has pressed forward with peace talks and said he is open to holding dialogue between the United States and North Korea “at the appropriate time, under the right circumstances,” according to CNN.

The statements were made against the backdrop of the 2018 Winter Olympics, held in PyeongChang, where pro- and anti-North Korea protests erupted on February 9.

On January 17, North and South Korean athletes agreed to march under a unified banner for the Olympic ceremony for the first time since 1991, in addition to forming joint ice hockey teams and several cultural exchanges.