The US Department of Defense spent over $360 million to confirm there are problems in the $2.7 trillion organization, but the Pentagon leadership considers the mere fact that this “first-ever” audit happened was a great success.

“We never thought we were going to pass an audit, right? Everyone was betting against us that we wouldn’t even do the audit,” Deputy Defense Secretary Patrick Shanahan told reporters on Thursday, announcing the end of the eleven-month process.

The actual results of the audit, along with the report by the Pentagon’s inspector general, will reportedly be made public on Friday. The process began in December 2017 and involved around 1,200 auditors at the cost of some $367 million, according to what the DOD’s Chief Financial Officer David Norquist told Congress in January.

Shanahan tried to put a brave face on the news, saying that the very fact an audit was done at all was “substantial,” since the Pentagon is a “$2.7 trillion organization.” A 1990 law required an audit of all government departments, but the DOD managed to avoid one until 2017, when the Trump administration appointed Norquist to oversee the process.

“If I’m a taxpayer, what I want to see is: ‘You did the audit, you have all these findings. How long is it going to take for you to fix those?’,” Shanahan said, adding that the idea was for the next audit to show fewer problems. There was no word on whether there would be another audit, however. 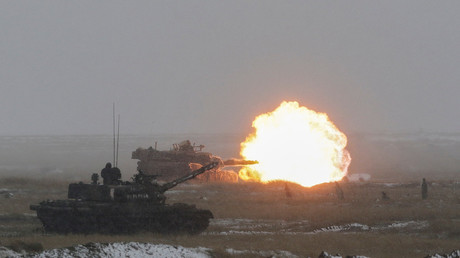 The audit is not a pass-fail process, Shanahan’s spokesman, Lieutenant Colonel Joe Buccino, told Stars and Stripes in an email following the briefing.  “We did not receive an ‘adverse’ finding – the lowest possible category – in any area,” he wrote.

Some of the issues found in the audit were “irritating,” Shanahan said, because they showed the Pentagon failed to follow its own rules and procedures. One of the major issues was described as “inventory accuracy,” where the DOD records showed items and equipment that did not exist in actuality.

The announcement comes just days after a report by a bipartisan commission, tasked by Congress to review the new National Defense Strategy, called for raising the Pentagon budgets and investing in modernization and rearmament programs in every branch of the US military.

Washington’s global military dominance is “no longer assured,” which has “severe” implications for US interests and security, the report’s authors argued. As a result, the US military could lose or “struggle to win” a war against China or Russia.

The Pentagon’s budget for the current fiscal year is just over $716 billion, making it ten times greater than the military budget of Russia, and four times more than China’s. The US currently spends more on its military than the next ten countries put together.